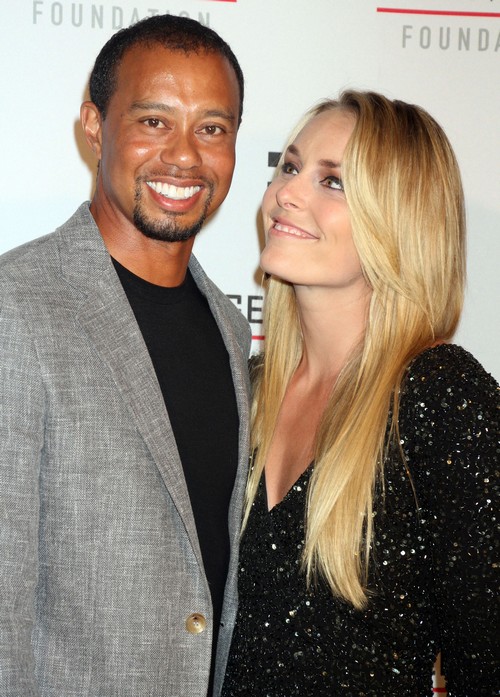 Tiger Woods and girlfriend Lindsey Vonn have officially broken up after several years together. Yet another loss for Tiger Woods…his girlfriend of three years Lindsey Vonn recently announced that the couple have split and decided to go their separate ways. In a message posted on Lindsey Vonn’s Facebook page, 30 year old US Olympic Skiing Champion stated “After nearly three years together, Tiger and I have mutually decided to end our relationship. I will always cherish the memories that we’ve created together. Unfortunately, we both lead incredibly hectic lives that force us to spend a majority of our time apart…I will always admire and respect Tiger. He and his beautiful family will always hold a special place in my heart.”

Tiger also updated his status on his official website, by stating that he would “always cherish our time together.” Following months of speculation, the athletes first made a public confirmation of their budding relationship in March 2013. However, after a few years together, and perhaps in a strange fore-shadowing of events to come, Vonn recently appeared on “Late Night with Seth Myers” where she confessed that she wasn’t a big fan of golf. The couple was last photographed together at the Masters’ golf tournament in April 2015. Despite spending quality time with Woods’s six year old son Charlie and seven year old Sam at the tournament, it apparently wasn’t enough to keep the sports stars together.

In his published statement, Tiger Woods, 39, went on to declare that “I have great admiration, respect and love for Lindsey and I’ll always cherish our time together. She has been amazing with Sam and Charlie and my entire family. Unfortunately, we lead very hectic lives and are both competing in demanding sports…it’s difficult to spend time together. ”

Now, this is great that the two have been so gracious with each other in their “conscious uncoupling.” However, this is new territory for Tiger Woods and it seems as though he is trying to convince us that this was a mutual decision. Tiger Woods was in a previous marriage with Swedish model Elin Nordegren, before his multiple infidelities were exposed in an embarrassing fall from grace a few years back.

What do you think? Do you have empathy for Tiger Woods in his current break up with Lindsey Vonn situation, or is this just a healthy dose of Karma’s a b****?