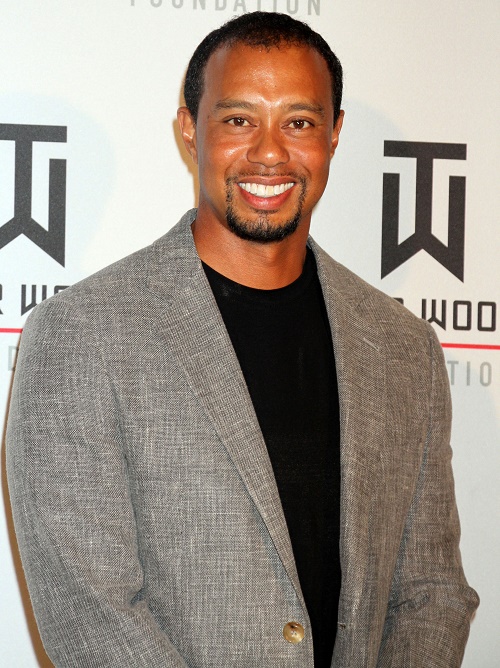 If at first you don’t succeed – try, try again. Pro golfer Tiger Woods is ready to give marriage another shot, and put a ring on his Olympic girlfriend Lindsey Vonn’s finger. But, her friends and family have their doubts after self-proclaimed sex addict Tiger Wood’s disastrous divorce from Elin Nordegren and crazy cheating scandals. According to a new report from National Enquirer, Tiger wants to marry Lindsey on Valentine’s Day, just a month away!

Lindsey Vonn’s family doesn’t trust Tiger Woods as far as they can throw him when it comes to his relationship with the pro skier, and who can blame them? Tiger is going to have to do some major damage control and butt-kissing if he plans to win over the support of Lindsey’s family by their Valentine’s Day wedding. Or else, Lindsey is going to basically cut off her family and choose Tiger over them if she says “I Do” to the sex addict.

National Enquirer’s inside source reveals that, “Tiger figures the time is right, and once he realized he wasn’t going to reconcile with (ex-wife) Elin (Nordegren), the decision to marry Lindsey was easy. Her family believes, ‘Once a cheater, always a cheater,’ and they’re warning her not to make any decisions she’ll regret.” The insider goes on to explain, “But Lindsey’s going to do what she wants, no matter who’s against it.”

Just a few months ago rumors popped up that Tiger was already cheating on Lindsey Vonn, and had been spotted out at a nightclub in the wee hours of the morning with a table of leggy blondes, and Vonn was nowhere in sight.

Apparently the rumors did not concern Lindsey, since she is planning to marry Tiger in February 2015 with or without her family’s blessing. Do you think that Lindsey Vonn is making a huge mistake marrying Tiger after his prolific cheating and disastrous divorce from Elin? Or is he a changed man? Let us know in the comments below!