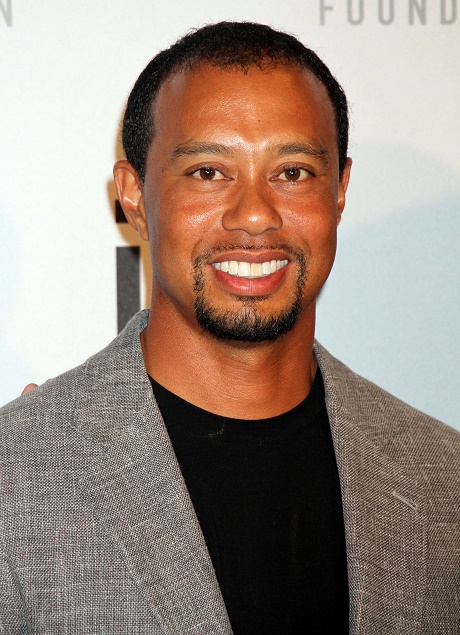 Dan Jenkins recently published an interview featuring imaginary responses from “Tiger Woods” in Golf Digest, and now the real Tiger‘s firing back with some reasonable choice words. Dan published his faux-interview in Golf Digest, a rather respectable publication, and many of the things he wrote could be interpreted as a direct and harsh attack on the pro golfer’s character. And that’s exactly how the real Tiger’s interpreting some of the statements made in the lame report.

In the “interview,” the fake Tiger says things such as, “I like to fire people.” Also in the article, “Woods” bashes people who rely on tips and says that they should all go find better jobs. “Let ’em go find a better job,” this fake Woods states.

Tiger Woods isn’t letting this one slide and has chosen to voice his side of the story in an article that was published earlier today. He understands that, as a public athlete and famous figure, he’s bound to encounter public scrutiny; however, this, he feels, is taking things a step too far.

In an article on The Players’ Tribune, Woods opens with, “Did you read Dan Jenkins’ interview with me in the latest Golf Digest? I hope not. Because it wasn’t me. It was some jerk he created to pretend he was talking to me. That’s right, Jenkins faked an interview, which fails as parody, and is really more like a grudge-fueled piece of character assassination. Journalistically and ethically, can you sink any lower?”

“Whether it’s misreported information or opinions I think are way off base, I let plenty of things slide,” he writes. “But this time I can’t do that. The sheer nastiness of this attack, the photos and how it put false words in my mouth just had to be confronted.”

What do you think of Dan Jenkins’ fake Tiger Woods interview? Do you think Tiger is blowing this whole thing way out of proportion or do you think he’s in the right to be so upset?