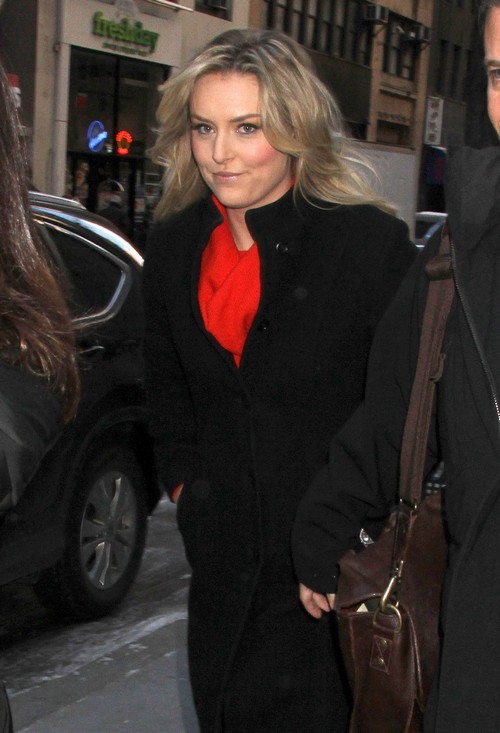 Is Lindsey Vonn getting sick of being Tiger Woods‘ girlfriend? Does she want more? According to the National Enquirer, Lindsey’s given Tiger an ultimatum – either they get married, or she’s leaving him.

The couple, despite their nearly ten-year age difference, has been dating for almost a year – and apparently, that’s enough time for Lindsey to demand marriage. A source explains, “Lindsey told Tiger, ‘If you won’t marry me, there are plenty of good-looking guys out there who would.'”

Unfortunately, Tiger just had to part with a large portion of his fortune when he got divorced to Elin Nordegren, and he probably doesn’t want to go through that again. Although he’s been fairly private about his personal life of late, I doubt he thinks he can stay faithful to Lindsey in the long run. Their relationship was an obvious PR stunt to fix his public image, and while it worked to a certain extent, I don’t think marriage will improve anything – and he’ll probably be forced into another prenup which he will regret ten years from now, when he’s cheated on Lindsey with another 20-something stripper and has to part with millions of dollars.

Plus, Tiger’s apparently not even interested in dating Lindsey for that much longer. The Enquirer’s sources explain, “He’s not interested in getting married again and having more kids. He told her he’d think it over, but secretly Tiger wants out. And if she keeps pushing hard for a commitment, she’s playing right into his hands.”

Yeah, I can smell a breakup coming – and it’s gonna be soon. Tiger isn’t going to put up with Lindsey if she continues on this marriage mission, which means he’ll be single sooner rather than later.