Elin Nordegren and Tiger Woods Dating and Back Together Since She Split With Chris Cline? 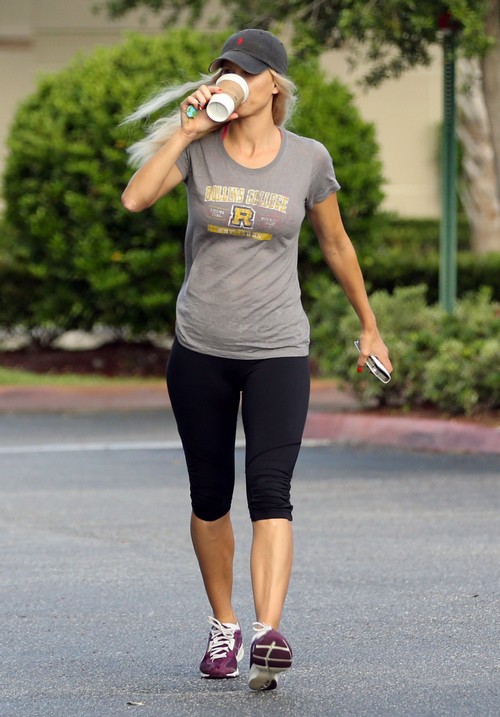 Could Elin Nordegren’s heart be softening for ex-husband Tiger Woods now that her relationship with coal magnate Chris Cline has come to an end? Don’t be so ready to answer that question with a resounding, “No,” because there have been subtle hints that a reconciliation is not out of the question.

The former spouses had a very rough end to their marriage after Tiger was famously caught cheating on his wife with multiple women. Nordegren was initially, and for quite some time, very angry and resentful towards Woods. The couple divorced in 2010 after six years of marriage, with Elin walking away with a reported $100 million divorce settlement and her pride intact. Woods began dating pro skier Lindsey Vonn in early 2013 and initial reports painted a picture of discord among Nordegren and Vonn, but their relationship had evolved since that time, mainly because Elin truly let go and moved on.

Vonn and Woods, however, have had some ups and downs of their own. Woods, at one point, felt Vonn was rushing the relationship, while others were unhappy with the way she quickly moved in with her promiscuous beau, as pictures surfaced of the new couple taking the kids he shares with Nordegren to school.  In fact, many believe, and some reports have confirmed that there was a time when Woods was strongly pursuing a reconciliation with Nordegren, but she wasn’t ready at the time.

Though Vonn has steadily remained by Woods’ side, it is not without incident. Media outlets went wild after the 2013 Met Gala after party that left Vonn feeling completely embarrassed after a drunk Tiger Woods danced awkwardly and stumbled around—even falling at one point—at the Boom Boom Room. The two had also clashed on important issues such as marriage and babies, with Vonn on the fast track and Woods lagging far behind.

This past May, Vonn attended the White House Correspondents’ Dinner in Washington DC without Woods as her date, opting to bring Cynthia Rowley to the big bash. At the dinner during an interview she dished about how difficult it is to be in a relationship that is so public. And in April, just one month before Vonn choosing her designer buddy as a date, sources have reported seeing Nordegren and Woods kissing and walking together through the neighborhood as they share their parental duties (and maybe something more). The Weekly World News shared statements from sources who saw the couple’s intimate moments, “They were hugging and they were kissing right out in the open. Elin is certainly a lot more relaxed these days and so is he,” shared eyewitness, Janet Thompon. Another inside source added “People in the neighborhood are getting used to seeing them together again. Perhaps they’ll make it after all.”

Well, now that Elin is free, they may have the opportunity to find out. Nordegren and Cline reportedly ended their relationship amicably after one year of togetherness, citing his busy schedule and too much time apart as the source of the decision to split. Though it was not reported as a contributing factor, it is important to note that there was a 20-year age difference between Cline and Nordegren. Though Elin is more of an old soul, some believe she was ready for something more exciting, and with someone who could spend more time with her. Her ex, Woods, may just fit the bill. Given the two have made such great strides in their relationship, and the fact that they have two young children together, it is not impossible for the couple to give their relationship another go. Nordegren even recently bragged about her ex’s wonderful parenting skills after dishing about how she had “felt safe” with him when they were together. After the breakup with billionaire Cline was announced, Nordegren jetted off to relax with her girlfriends on a Hamptons’ getaway. Wonder if there will be any Tiger talk? It seems that for Tiger, at least, the love never died. Surely he would have Elin back in a second if she were to be open to the idea, likely making Vonn feel very insecure.

Think of all the incidents and the love Tiger has for Elin. Still think there is no chance of a reconciliation, dating and getting back together for Elin Nordegren and Tiger Woods? Let us know what you think below!