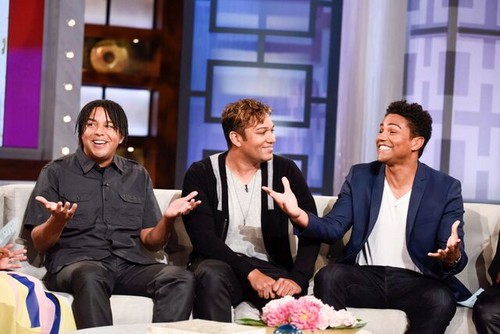 Taj, Taryll, and TJ Jackson have revealed family secrets and talked about raising Michael Jackson’s kids – Blanket, Paris, and Prince. Michael’s nephew, TJ, led the charge in sharing the details of his guardianship of the Jackson kids, in conjunction with his grandmother, on ‘The Real’ to spark interest in the upcoming Lifetime docuseries, ‘The Jacksons: Next Generation.’

TJ is Tito Jackson’s 37-year-old son, and was awarded joint guardianship of Prince, Paris, and Blanket Jackson after Michael’s death. “Being guardian to my uncle Michael’s kids takes a lot of time, and it’s something that I put a lot of effort into and take a lot of pride in,” TJ told ET in September. Michael had come to the rescue of TJ, Taj, and Taryll in 1994 after a death shook the family. “For me, I just want to do well for my uncle, and he was such an important person for me when I lost my mother as a 16-year-old that I’m just trying to repay him.”

During the Jackson family interview on ‘The Real’ that will air October 22, TJ also confirmed Michael Jackson’s kids appreciate music, but are more interested in act. Tamera Mowry-Housley asked about their interest in a musical career, but TJ revealed Jackson’s 3 children “prefer film” after insisting they are doing “really well.” 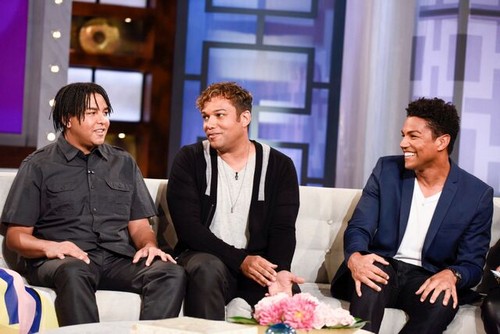 The Jackson family may be surviving and even thriving after Michael Jackson’s death, but the kids he left behind are proving to be a challenge. Paris Jackson just raised eyebrows as the 17-year-old is rumored to be married!

The daughter of Michael Jackson changed her name to Paris Jackson Castellaw, adopting the last name of her boyfriend, Chester Castellaw. Radar reports Paris is not married yet, and the family is hard at work creating a prenup that will protect the Jackson’s $2 billion empire.

The rumored marriage of Paris Jackson follows reports that she attempted suicide in 2013. Since then, Paris seems to be making progress finding happiness with Chester and posting pics of themselves together enjoying dates and even kisses.

Jermain Jackson is said to be the biggest supporter of Paris and Chester, but the rest of the family is wary of her “fragile mental state.” A source shared, “It’s a dilemma. Family members want Paris to get going on her prenup, but they’re walking on eggshells. They don’t want to get her angry or, worse, have her cut them off.”

What do you think of Paris Jackson’s marriage? Should she get married so soon? Let us know your thoughts in the comment section below.