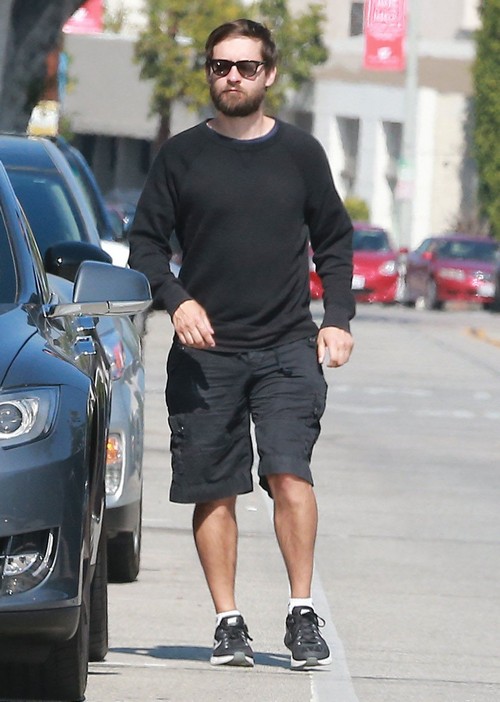 When Tobey Maguire signed on to play the lead in the highly anticipated new film “Pawn Sacrifice,” he thought playing the part of chess genius and World Chess Champion Bobby Fischer would be huge move for his career – but it is quickly morphing in to a total disaster. According to a new report, Tobey’s portrayal of Bobby Fischer was a total miss, and the actor was impossible to work with on set.

“Pawn Sacrifice” was supposed to be one of the biggest movies of the year, but Tobey Maguire apparently didn’t do Bobby Fischer’s legacy any justice. A set insider dished to Star Magazine, “Tobey’s performance was overacted and embarrassing to watch.” And to top it off the actor was a monster on set when the cameras weren’t rolling. The source went on to explain, “He went way too method with his portrayal. Bobby Fischer wasn’t a nice person – he was anti-Sematic, rude and obnoxious. Tobey would stay in character all day, he was just awful to be around.”

Over all, the “Pawn Sacrifice” insider claims that Tobey most definitely won’t be winning an Oscars for his portrayal of Bobby Fischer. As a matter of fact, after the rough cut – the production team came to the conclusion that they will be lucky if the film even winds up being a hit. This isn’t the first time Tobey Maguire has rubbed his costars and the workers on set the wrong way. If he truly wants to rejuvenate his career he might want to start by working on his manners, part of the reason he isn’t reeling in huge movie roles lately probably has something to do with the fact that no one can stand to work with him.

Are you a fan of Tobey Maguire? Will you be heading to the theater to check out his new film “Pawn Sacrifice,” or are you going to sit this one out? Let us know what you think in the comments below!