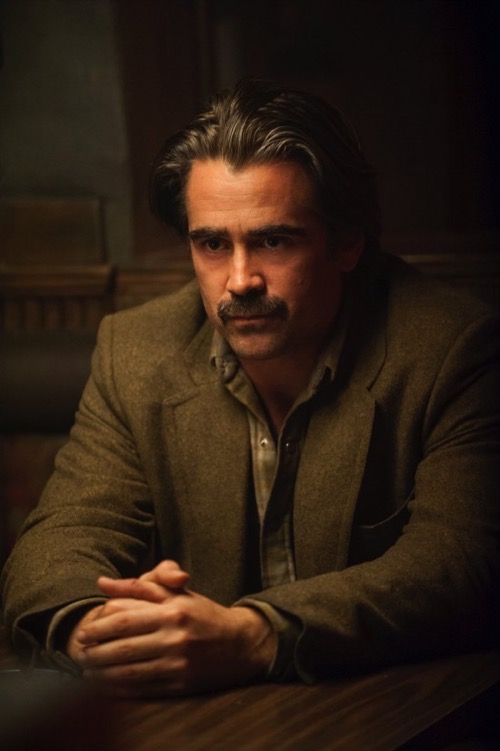 Tonight on HBO their new crime drama True Detective airs a new episode called, “The Western Book of the Dead.” On tonight’s episode season 2 begins with the murder of a corrupt California politician with possible ties to a career criminal.

On the last episode an overlooked detail provided Hart and Cohle with an important new lead in their 17-year-old case. Did you watch the last episode? We recapped it all right here for you.

On tonight’s show per say the HBO synopsis “season 2 begins with the murder of a corrupt California politician with possible ties to a career criminal, and the ensuing investigation that brings together three law-enforcement officers from different jurisdictions.”

We will be live blogging True Detectives finale with all the up-to-the-minute details at 9PM EST so make sure to come back to this spot and watch the show with us. Make sure to refresh often so you get the most current info! While you wait for the episode you can catch a sneak peek of tonight’s episode BELOW!

Ray is in the car dropping his son off at school. The kid is nervous, but Ray tells him to stay strong. He tells him that he will see him in two week.

Ray is in a room talking to someone about how his wife was raped – and the guy was never caught. Supposedly, this man impregnated his wife. He’s trying to get custody of his child. She asks if he’s ever gotten a paternity test. He says no. Next, she asks if there’s anything in his past, particularly when he was with the LAPD, that could come back to hurt his case. He says no, nothing. He slides over wads of cash to her and just wants her to help him.

Flashback: Ray, dressed in his police uniform, talks to Frank about the case in a bar.

Present: Frank, who’s a crime boss trying to make his way in the world of legit business and real estate, is in a casino. There’s a report in the paper about how Vinci, a fictional industrious city beside L.A., is rotten in regards to crime and dirty deals.

Ani and a guy she was with are having an argument about something weird that just happened in the bedroom. He wants to take their relationship a step forward, but she says this isn’t the appropriate time to have this conversation. She says she has to get ready for work.

Ani is a cop. Her and her team bust into a house running a whole bunch of sex cams. Ani’s sister runs out of the place but Ani catches her. They don’t find any drugs or illegal activity, so they’re forced to vacate the premises and leave things be.

Meanwhile, Ray and the cops talk about the new TV series being developed about the corrupt city. It’s called City of Vice.

Officer Paul pulls over an actress who’s high. She offers him sexual favors if he just lets her go home. Next, we see him in the office with his superior, who gives him paid leave until Internal Affairs assesses this situation.

Frank and his wife are at a banquet event.

Meanwhile, Ray, who might play the “grey” areas as a cop a bit too much, and his partner begin their investigation into the disappearance of the Vinci City Manager’s murder.

Ani and her partner drop off a Final Foreclosure Notice to a family. The lady is mad, disgruntled, and asks if this is the only good thing that cops have to do with their time. She asks maybe they should spend some time trying to find her missing sister. Nobody know where she has gone.

Frank gives a presentation/pitch to the people at the banquet.

Ani and her partner go to some religious institute to investigate. The missing woman’s sister said that this was where she was rumored to have been working as a maid. She talks to the spiritual guru of this place and asks if he’s seen this missing girl. It turns out that this guy is Ani’s father. The conversation quickly turns away from the case and begins to focus on the tense family drama between Ani and her father.

Ray goes to see his son at school and asks where his shoes are. He blows up and starts screaming at his kid. He wants to know where his shoes went. Chad eventually tells him that one of the boys at school took them and shredded them. He demands to know the name of the kid. It’s Aspen Conroy. Ray’s sitting in the car and asks for the address to this young kid’s house.

Paul gets home. His girlfriend wants to have sex immediately, but he says he needs to go in and take a shower. His “shower” is a cover-up so he has time to take some Viagra – or something to help things along. He returns to the bedroom 30 minutes later and is ready to go.

Frank is continuing to talk with the man with whom he’s trying to close the deal. The man says he’s not quite ready to do so. When the man leaves and after he says he looks forward to meeting with a man named Casper, Frank gets pissed and throws a glass against the wall.

Ray visits the home of Aspen. Ray beats up his father and forces him to watch.

Paul rests in bed with his girlfriend. She asks what the burn on his left side is from. He says it’s not from the army but that it was “from before.” He leaves the bed and says he needs to leave, needs to go help a friend with something. We see him speeding down the highway.

Ray smokes a cigarette in a bar. He sits across the table from Frank. As we now know, Ray’s not exactly the best cop and it appears he succumbs to the shadiness that surrounds Frank. Ray passes Frank some documents; in turn, Frank passes Ray an envelope of cash.

Paul continues to speed down the highway. He turns off his headlight. Perhaps he’s trying to kill himself. He finally comes to his senses and turns on his light. He pulls over onto a turn off and sees the body of a man sitting upright on a park bench. Paul calls 911.

Ani, Paul, and Ray all end up at the crime scene.