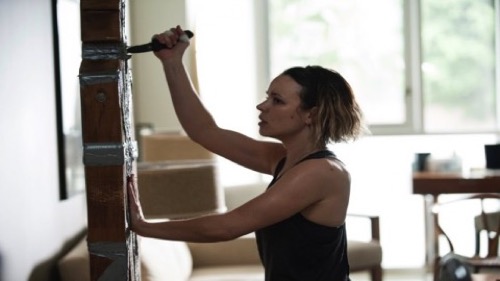 Tonight on HBO their new crime drama TRUE DETECTIVE airs an all new Sunday July 26 season 2 episode 6 called, “Church in Ruins.” We’ve got your recap down below! On tonight’s episode Ani [Rachel McAdams] goes undercover to infiltrate an exclusive party.

On the last episode Ani and Paul chased a lead up the coast; Ray and Frank mull taking new directions in life. Did you watch the last episode? We recapped it all right here for you.

On tonight’s show per the HBO synopsis “Ani goes undercover to infiltrate an exclusive party, while Ray and Paul keep track of her every move. Elsewhere, Frank meets with Mexican drug dealers on a quest to find a missing woman who has information about Caspere.”

We will be live blogging True Detective season 2 episode 6 with all the up-to-the-minute details at 9PM EST so make sure to come back to this spot and watch the show with us.   Make sure to refresh often so you get the most current info!  While you wait for the episode you can catch a sneak peek of tonight’s episode BELOW!

Ray and Frank are talking at Frank’s kitchen table. They talk about his situation with his wife and son. Frank says that he can “get out” now if he wants, as he hasn’t had the nerve for this kind of business for awhile now.

Meanwhile, Ani and Paul are investigating the contaminated shed they discovered. They coordinate with the Sonoma Sheriff’s dept. to collect evidence and investigate the area. State Attorney Katherine Davis shows up and asks Ani if she doesn’t have enough to do and wonders why they’re wasting time at this place.

Ray asks Frank to check out his ex-wife’s rapist. Ray also tells Frank that the State wants help finding the girl. Frank tells Ray that if he gives him a hard drive that he’ll help him get even with the “guy who did him wrong.”

Ray goes to visit the man in prison who supposedly raped his wife.

Paul looks into the diamonds.

Ray’s having a supervised visit with his son. He tells his son that whatever happens, whatever people might start telling him, that he’ll always be his father.

Later, Ray goes on a cocaine and alcohol binge. He does a crazy amount of coke and drinks an entire bottle. He calls his ex wife and says he wants to make a deal with her. He says that he won’t contest custody – he knows that his son will be happy with her and her new man – so long as she doesn’t tell him what really happened. He just wants his son to keep on believing that he’s his father. If she does that, then he’ll leave their lives forever.

Frank interrogates a gang member about where he can find a lady called Irena. He eventually tells them that there’s a place where they keep them.

Paul asks Ani if she’s certain she wants to work this party. Ani says she’s certain, that they can’t go to Davis without solid information. Ray gives her a transponder to put in her shoe.

Ani passes the security check and gets on the bus to head to the party.

Frank checks out the house the gang member told him about. Turns out that the house is owned by the two guys who came into Frank’s club looking to be partners.

Ray and Paul follow Ani and the party bus in their car.

Ani is fully into the party now. They give all the girls molly to “keep them in a good mood.”

Frank gets a phone call from Irena. He wants to meet with her to find out who ordered her to pawn the items from Ben Casper’s house. She says that it was a tall, thin, white man. She doesn’t want to meet at first but then he offers her a grand to meet. She agrees.

Frank goes to meet her; however, when he arrives, Irena is dead. Franks “new partners” killed her.

Meanwhile, Ani circulates the party. Her vision’s a bit blurry thanks to the drugs she’s on. She’s walking around, feeling a bit dizzy and lightheaded, when an old guy takes interest in her. She tries to excuse herself but the man links arms with her. As they’re walking, Ani swipes a table knife and slides it into her dress.

Paul has broken into the mansion.

In the bathroom, she notices Vera, the missing girl she’s been looking for. She lifts her up and says that she has to get out of here. Now. Ani’s stopped by the man who wanted to sleep with her – but she stabs him and knocks him down. A security guard comes at her next. Ani, with her intense knife skills, stabs him a whole bunch of times. He lifts her against the wall and begins choking her; however, he bleeds out before he can do anything more to her.

Ani and Vera escape. Paul’s at the front door. They run to Ray’s car and make their getaway.

Paul has left the mansion with contracts in his possession. There are signatures all over them.