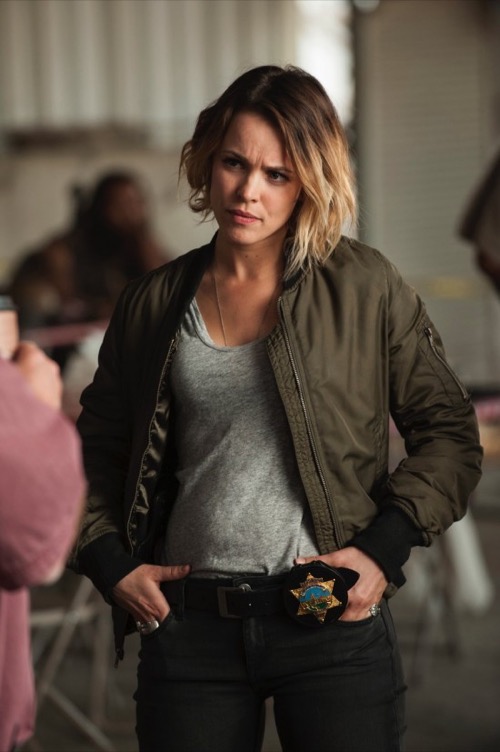 Tonight on HBO their new crime drama TRUE DETECTIVE airs an all new Sunday July 5 season 2 episode 3 called, “Maybe Tomorrow.”  We’ve got your recap down below! On tonight’s episode Ani [Rachel McAdams] lets Ray [Colin Farrell] know she’s in charge after he goes rogue on the investigation, even though he stumbles on crucial evidence that takes the case in a new direction.

On the last episode Ben Caspar’s autopsy revealed the gruesome details of his demise, and Ray and Ani wondered if it has anything to do with his fondness for prostitutes. Meanwhile, Frank looked into what might have happened to his missing fortune. Did you watch the last episode? We recapped it all right here for you.

On tonight’s show per the HBO synopsis “Ani lets Ray know she’s in charge after he goes rogue on the investigation, even though he stumbles on crucial evidence that takes the case in a new direction. Meanwhile, Frank meets with his former associates in the criminal underworld, but they make it clear they’re not taking orders from him anymore; and Paul hits the streets to see if Caspar’s face rings a bell.”

We will be live blogging True Detective season 2 episode 3 with all the up-to-the-minute details at 9PM EST so make sure to come back to this spot and watch the show with us.   Make sure to refresh often so you get the most current info!  While you wait for the episode you can catch a sneak peek of tonight’s episode BELOW!

There’s a singer singing in Ray’s go-to bar. Last episode, we saw him get shot pretty bad, so it appears as if this is a flashback – or perhaps a “limbo” vision. He chats with a cop, and he asks the cop, “Where is this?” The cop says that he’s not sure where he is, that Ray was here before him. Ray looks down and sees the shotgun wound in his chest.

Ray wakes up on the floor. Alive. He was shot with buckshot.

Ani arrives on the scene. She’s pissed that he visited the scene without her, his partner. She asks him how he found this place. He said that he got the info from a hooker.

In the house where Ray got shot, the Vinci Lieutenant is in there. He tells the men that EVERYTHING – all evidence – is to go through the Vinci Police Department.

Frank and his wife, Jordan, are trying to have a baby. He tries to ejaculate into a sample container, though he’s impotent at the moment. He gets frustrated and says this whole process is unnatural. He gets mad because doctors have told him that he’s “fine” and everything’s working properly, so he insinuates that the “problem” rests with Jordan. She gets mad and leaves the room.

Paul and Ani are driving in the car.

Ray meets with Frank in their bar. Ray asks Frank who else knew about Casper’s second home. Ray says that Frank must’ve “walked him into something.” Ray asks Frank when he’s going to tell him what Frank was doing with Casper. Frank finally caves and tells Ray that Casper had “a lot of his money in play.”

Paul and Ani arrive at the Vinci Mayor’s mansion. A woman opens the grand doors. Ani asks the woman if she knew Casper. Paul reveals to the woman that Casper’s phone records reveal a lot of phone calls coming to this house. While Paul is questioning the Mayor’s wife, Ani takes a look around; she sneaks into his office and sees some blueprints. Ani hears a crash and a laugh. She goes into a room to investigate. The Mayor’s son is getting a bit rowdy with some escorts. He gets mad that they have barged into their home and asks them to leave, especially since they have no warrant.

Ray visits the doctor, who gets very real with them and says that his lifestyle is very unhealthy and implies he must change some things.

Frank continues going around visiting people in an effort to extort money.

Ani reveals to her chief what they’ve discovered. She says that they discovered some blue diamonds in a safety deposit box, that Ray appears to be a burnout, and Casper was in deep with Catalyst. Ani’s superior says that Ray’s a dirty cop and that it’s worth a bonus if they get him skewered.

Meanwhile, Ray meets with his superiors, who urge him to “steer” Ani towards something concrete. They don’t want her solving this case.

Ray visits his father, who also appears to be an alcoholic.

Frank’s at his casino chatting with Osip, who says that he will need longer to consider their future deal together. He leaves. After, Frank wonders if Osip could’ve been responsible for Casper’s murder.

Paul has a conversation with a fellow army officer. His friend asks him if he ever “thinks about going back.” Paul says no, he doesn’t. His friend insinuates that something romantic between them may have happened, but when he brings it up Paul immediately gets mad and storms off. Perhaps this is why he was having trouble having sex with his girlfriend.

Ray visits a movie set and asks if a cinematographer on set if he has seen a man (in a photograph). Next, they chat with the director, who confirms that he was at a party – there were girls there, though he’s not sure if they were hookers or not.

At the Vinci Gardens Casino, Blake finally arrives to see Frank. Frank’s mad that Blake took so long to get there; he says his phone died. Blake also says that Stan has been killed.

Meanwhile, Paul goes around trying to figure things out. He goes around asking hookers if they have seen Casper. One male hooker says that he has seen Casper before, though he’s never dated him or done anything with him. He gives him some information and tells him where he might be able to find some information – though he’ll never be able to get in with all the “angsty cop drama he’s rollin.”

Ani visits Ray’s home. Ray goes outside to find his ex-wife standing there. She says that investigators came to her house and questioned her about his past, such as whether or not she ever suspected he was getting money that couldn’t be accounted for.

She offers him ten grand to not contest the custody of their son, Chad. He doesn’t take the money.

The male hooker helps Paul out and gets them into the club, where he can begin to ask more questions. While there, Paul literally bumps into Frank, but passes it off. Another male hooker there says that he has seen Casper around there before, and that Casper enjoyed watching people have sex, and often paid for it.

Meanwhile, Frank has a conversation with some gangsters. He says that Casper enjoyed a certain type of woman, and that they best do their part to find out who he was seeing. One of the guys gets a bit too big for his britches and challenges Frank to a fight. Frank wins and, when he has the man down on the ground, rips his gold grill out with some pliers.

Ani and Ray are doing some more questioning when Ray notices his car has been set on fire. Across the street, Ray sees a man in a mask. They run after him but he seems to be getting away. Ani has a clear shot at the man, but she’s in the middle of the road and a big truck’s coming. Ray pulls her away just in time, which causes her to lose the shot. Breathing heavily, she thanks him for saving her life. He says, “You really want to thank me, then tell me what State has on me.”

She tells him that she doesn’t know.

Frank returns home. Jordan is there on the couch. She says that they should make up and says they should talk. Frank says, “Maybe tomorrow.” And then he leaves.