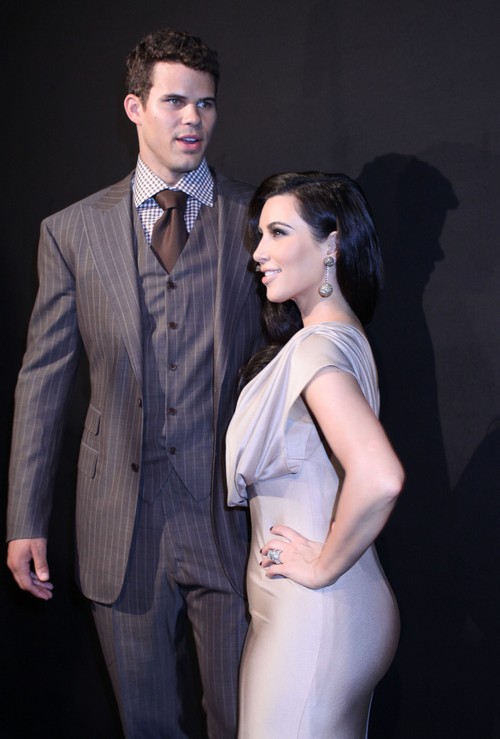 Is Tyga’s relationship with Kylie Jenner comparable to Kris Humphries’ very brief marriage to Kim Kardashian? Many think Kylie is just using Tyga for ratings and as soon the reality star can’t squeeze any more press out of her rapper boyfriend, Kylie will kick him to the curb and move on to someone better.

Before Kylie Jenner started dating Tyga, she wasn’t nearly as famous. The Keeping Up With The Kardashians star used the scandalous relationship with Tyga to break out of being Kim’s little sister. As story after story speculated that the Rack City rapper had started dating Kylie when she was just 17-years old, the reality star’s popularity shot up.

Many fans wondered how Kris Jenner could allow Kylie to date Tyga when she wasn’t even legally an adult yet. The KUWTK momager doesn’t seem to have issues with such a huge age difference when it helps boost her daughter’s fame. It seems there are no boundaries Jenner won’t cross if it means a bigger paycheck for her family.

Kim Kardashian was only married to NBA star Kris Humphries for 72 days before calling it quits. The over-the-top wedding cost $10 million, a small price to pay for the never-ending headlines Kardashian’s second marriage and divorce pulled in.

We already know that Kylie Jenner loves to follow in Kim ’s footsteps. What’s to stop the youngest of the reality star sisters from using Tyga to make a name for herself? That would also explain Kris Jenner allowing her then-underage daughter to get heavily involved in a relationship with a much older rapper.

It even added to the drama that Kylie’s main squeeze happens to be the ex-fiance of Kim Kardashian’s former best friend. Can the headlines get any juicier?

The point is that Kylie Jenner has said she wants to be bigger than Kim Kardashian. A relationship with Tyga is good for his career but at this point, it really does nothing for hers.

If Kylie wants to become an even bigger star, she’ll have to marry up and that means getting rid of Tyga and moving on to someone with more star power. Much like how Kim immediately moved on from Kris Humphries and started dating Kanye West.