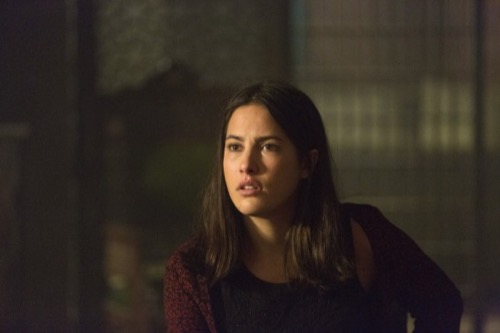 Tonight on FX their original series, TYRANT airs with an all new Tuesday July 28, season 2 episode 7 called, “The Awful Grace of God,” We’ve got your recap down below! On tonight’s episode, Rami [Keon Alexander] seeks Amira’s [Alice Krige] advice on how to interpret Jamal’s erratic behavior.

On the last episode, Barry opted to stay in Abbudin and took a stand against the Caliphate; Jamal leaned on the Chinese diplomat to promise military support; Sammy was shocked to learn that Abdul had been kidnapped by the Caliphate. Did you watch the last episode? If you missed last week’s episode we have a full and detailed recap, right here for you.

On tonight’s episode per the FX synopsis “Rami seeks Amira’s advice on how to interpret Jamal’s erratic behavior; Jamal is desperate for a military victory by any means when he feels the country may be at a tipping point; Barry’s attempt to rescue Daliyah has unforeseen consequences.”

Sammy needed to speak with his uncle about his inheritance on tonight’s episode of “Tyrant” because, while his father’s widely falsely reported death did little to change him, finding out about the treatment of gays and lesbians has finally made him grow up and start thinking of others.

In case you missed, a lot has changed for the Al-Fayeed family. And the once whiny teenager is really trying to now do some good. Hence the money that he wants, not for himself, but in order to help others.

See Sammy was hoping to ransom the guys trapped in Ma’an. But there was only one way to get a hold of his inheritance fast enough to be of actual assistance – was for him to approach his uncle and get the President to release the funds. And if that meant he had to face off with his uncle/ the man that murdered his father then that’s what he was prepared to do.

And funnily enough it was his family that wasn’t prepared for the new him. Leila is astute and she took notice of the change in her nephew’s demeanor from the very beginning. Yet it took Jamal having to come face to face with his favorite for them to realize that Sammy has had to grow up fast in these last few months.

Though to appears to be for the better. Sammy held his ground with the man he knew could kill him on a whim and they won him some respect. So ultimately he did receive the money but by time he returned to the nightclub – he found out it was too late.

Sammy’s friend and several other gay men had been rounded up, blindfolded, and then they were executed on camera as an example for others. In fact Sammy could probably watch the whole thing online if he wants to.

And so Sammy’s gamble, at first, seemed like it was all for nothing.

But Jamal probably needed that small window to see him more than he let on. Apparently remembering the happier times is the only thing that’s going to keep somewhat sane. And that’s if the pills and drinking, since Ma’an fell, has already done too much damage.

Yet Jamal has been in a constant state of panic. He’s been lashing out at everyone and just last week he killed his own uncle. So this week his family was pretty much walking on tip-toes trying to find a way not to draw attention to themselves.

At least not for the wrong reasons.

Only Nusrat ended up causing a scene when she began bleeding out during the inspection of the troops. The trip was supposed to boost moral morale but Jamal failed to inspire anyone when the ceremony had to but short thanks to his daughter-in-law’s at risk pregnancy.

Later, the doctors said they had to go in and perform surgery if there was any chance to save both mother and child. However the family was warned about a risk. Surgery, especially, so early in Nusrat’s pregnancy meant there was a chance the baby wouldn’t survive.

And, sadly, it was worst case scenario. Nusrat did go one to lose her baby but because of the substantial bleeding the doctors also had to perform a hysterectomy.

So the one of the first things Nusrat said after learning what happened is that “the baby kept me alive”.

Meanwhile Sammy found a new purpose for the money. He found out about a rebel group that needed some funding and he decided to go to Ma’an (the very heart of the ongoing conflict) in order to join up with them.

And as for his father, Barry ran into Samira as he was trying to rescue Daliyah and unfortunately he was brought to a choice he didn’t want to make. He could either let Samira turn him over to the caliphate or he could attack. And once Samira shot him – he chose the latter.