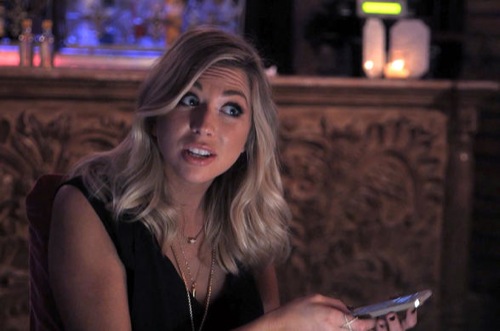 Tonight on Bravo Vanderpump Rules returns with a new Monday January 12, season 3 episode 11 called, “Tears Over Miami,” and we have your weekly recap below. On tonight’s episode Jax Taylor reunites with an old friend at Scheana’s Miami Beach bachelorette party, making the group wonder if Jax is hiding secrets about his sexual past.

On the last episode, the SUR crew put aside their differences to celebrate Scheana’s bachelorette party in Miami with sun, sand, and a lot of liquor. Jax pursued Vail, but Tom Sandoval calls him out for his lying, womanizing ways. When a PUMP manager quit, Lisa called on the one person she knows can fill the important role: her daughter, Pandora. Did you watch the last episode? If you missed it, we have a full and detailed recap right here for you.

On tonight’s show as per the Bravo synopsis, “Jax reunites with an old friend at Scheana’s Miami Beach bachelorette party, making the group wonder if Jax is hiding secrets about his sexual past. Tom Sandoval makes a tearful plea to Kristen to stop harassing Ariana, and Lisa confronts Stassi for cutting Katie out of her life.”

Tonight’s episode is going to be another drama packed one, which you won’t want to miss. So be sure to tune in for our live coverage of Bravos’ Vanderpump Rules Season 3 episode 11 — tonight at 10PM EST! While you wait for our recap, hit the comments and let us know how excited you are about the new episode of VR tonight.

Katie and Stassi’s friendship has hit a snag on tonight’s episode of “Vanderpump Rules”. It seems Stassi can only be friends with people that hate the same people she does because once Katie started to befriend the ‘enemy” – Stassi stopped returning her calls. Which is great if your Katie’s boyfriend and it was starting to feel like it was competition between you and Stassi but no so great for Katie herself. She feels like she’s losing her best friend and she can’t comprehend how one weekend could ruing everything between them.

So she went to Scheana’s Miami Beach bachelorette party. She was invited and since then honestly she’s been enjoying herself. Katie has also been having sex with her boyfriend again. So when everything else is going that well – Stassi freezing her is kind of bursting the bubble.

Stassi on the other hand doesn’t see what she’s doing as wrong. She feels like Katie betrayed her and sided with everyone else. Hence she’s treating Katie like the new Scheana!

But not everything is all that great at the bachelorette party anyways. Kristen and Ariana still have a feud. And it’s getting uglier by the day.

Things have been going easier what with the girls and guys mostly split up into different rooms. In other words, Tom wasn’t always present to fight over. But the eye-rolling and constant tension is starting to break Ariana. She doesn’t feeling comfortable and that’s something Kristen goes out of her to always accomplish. So Tom found himself telling his girlfriend he would try to deal with Kristen. Yet, when has that ever worked.

In the meantime, Scheana is back at SUR, only as a patron this time and oddly she spilling secrets. Just out of the blue form of spilling of secrets.

She told Lisa all the various tricks she had to drink on the job and she also let her former boss in on where she used to hide her liquor. Stassi even showed her the location and then acted like it was one of her greatest achievements.

But someone had taken over Stassi’s hiding place seeing as they found a new bottle there where she used to place her own. So she admitted to Lisa that she might have told a few people about where she hid her very own mini-bar and now those very same people are going to get it when Lisa finds out who else has been drinking on the job.

And then, after they had finished discussing what the wait staff have been doing all along, Lisa turned the discussion to Katie. She’s seen how Stassi has been treating her best friend and she doesn’t like it. So Lisa told Stassi to let up on Katie. Katie is following her boyfriend just like Stassi followed hers to New York.

However Stassi doesn’t like to hear that. And so Lisa said what everyone has been saying. She said Stassi doesn’t want friends – she wants followers!

And that’s something Katie doesn’t want to do anymore. At least not after she realizing how much her relationship with Stassi was one-sided. For that, she has Ariana to thank. Because Katie has seen Ariana put up with Scheana and Kristen’s relationship. So she knows it can be done and Katie actually told Ariana how much she respects her for it. Ariana is what a good friend looks like and Katie wishes she had a friend like that.

She’s grown tired of Stassi’s games and she seeing this trip in a whole new light. Before she was just down there for Schwartz but now she’s glad to know how much she must have meant to Stassi.

And as for Ariana’s composure, that Katie was admiring so much earlier, that might not last long. Because after Tom tried to tell Katie he only wants what’s best for her (though he doesn’t want to get back together) – she took it to mean there was still a chance for them. So now she wants him and Ariana to break up. And leave it to her to try devising a way to do it!

At the moment, everyone is keeping their issues to themselves out of respect for the bride but what’s going to happen when they all get home?