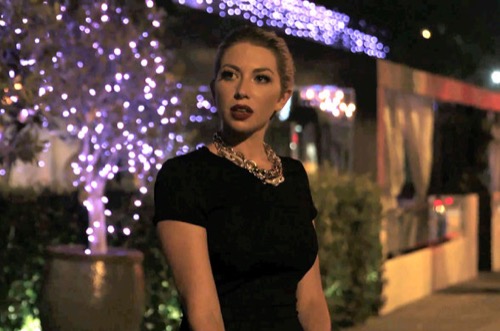 Tonight on Bravo Vanderpump Rules returns with an all new Monday March 2, season 3 finale called, “Dethroned,” and we have your weekly recap below. On tonight’s episode, in the season 3 finale, SUR’s annual photo shoot turns tense as Tom Sandoval confronts Jax Taylor for stabbing him in the back.

On the last episode, Jax struggled to stay loyal to Tom, but Stassi taught Kristen how to make Jax reveal Tom’s alleged cheating. James apologized to Kristen to salvage their relationship. Lisa teamed up with Lance Bass to host a puppy adoption at PUMP. Did you watch the last episode? If you missed it, we have a full and detailed recap right here for you.

On tonight’s show as per the Bravo synopsis, “in the Season 3 finale, SUR’s annual photo shoot turns tense as Tom Sandoval confronts Jax for stabbing him in the back. Katie forces Tom Schwartz to take action in their relationship, while Tom Sandoval and Ariana take their own relationship to a whole new level. While Stassi accepts Lisa’s invitation to the restaurant’s anniversary party, she finds returning to SUR more tense than nostalgic.”

Tonight’s episode is going to be another drama packed one, which you won’t want to miss. So be sure to tune in for our live coverage of Bravos’ Vanderpump Rules Season 3 episode 18 — tonight at 10PM EST! While you wait for our recap, hit the comments and let us know how excited you are about the new episode of VR tonight.

The Sur staff is going to do a new group photo shoot for the ten year anniversary. The 50s style shoot takes place at the Pink Motel.

Scheana asks Katie how things with Stassi are going, and she says she thought things would be better after the wedding, but nothing has changed.

At the photo shoot, Scheana takes Tom aside and tells him that Jax said with 100% certainty that Tom had sex with that girl in Miami. He says he shouldn’t have to defend himself against this, and Scheana says she can see his mind turning and maybe there is another side to the story. She says she thinks Jax is on a truth kick lately. She says he needs to talk to Jax.
Lisa gets Tom and Jax together for a photo and Lisa notices how pissed off Tom looks.

Scheana goes to Ariana and tells her the same thing she told Tom. Ariana says she can’t be talking to someone while he’s f**king someone, and Scheana says they didn’t talk all night.

Ariana says Tom is not a liar and a cheater and Scheana says he has been both.

She asks Ariana if she believes with certainty that nothing happened, and when she says yes, Scheana says she will never bring this up again.

Schwartz comes clean to a therapist about his commitment problems. He says maybe he should just propose to her. He says the idea of being with the same person the rest of his life sounds so bad to him. He says Katie is the one and he wants to give that to her and she deserves it, but he also says maybe he should let her go because they both want the same things but at different stages in life.

Tom asks Jax what he said at dinner the other night about Miami, and Jax immediately says they didn’t talk about it. Jax tells Tom that he is letting it live. Tom says it always comes back to him, and Jax says he was not there. Ariana approaches and says that Scheana told her something Jax said.

Lisa and Stassi meet up. Lisa says Stassi should have styled the shoot, Stassi says she doesn’t get along with the people at Sur. Lisa says Stassi has been pushing people out of her life as if the last six years haven’t happened.

James tells Kristen that Jax is denying what he said at dinner about Tom cheating in Miami. James asks Kristen to promise that no matter what happens in the situation, it will be done after tonight.

Tom arrives at the anniversary party to find that his “number one stalker fan,” Kristen, is there. He is also still pissed off at Jax.

Stassi comes to the party and pulls Katie aside to talk. She asks Katie why it has to be awkward, and Katie says think are only awkward because she allows it to be. She says she thinks she has been a good friend and didn’t deserve to be treated that way just because she went to Miami and buried the hatchet with Scheana. Stassi says she has crossed over to the other side and is now kissing Scheana’s ass, asking her if she also hangs out with Jax now. She says she can’t be sympathetic to her because she knows exactly what she’s doing. “This is embarrassing,” she says as she storms off.

Kristen tells Lisa she’s living an honest life now. Lisa says she doesn’t like anything that stirs up trouble, and Kristen says if Tom wasn’t a cheating liar there would be no trouble. Lisa says she has been spending so much energy trying to ruin Tom’s relationship, telling her if she really moved on she wouldn’t and that she needs to make up with Tom and Ariana.

Stassi tells Lisa that the conversation with Katie didn’t go as well as expected, right before Lisa tells her that Jax is coming in. Stassi says she has to go and Lisa asks why. She says she isn’t going to sit her and talk about Jax. Lisa tells her she isn’t the kind of girl to hide and run away, but Stassi storms out anyway. Kristina follows her, and Stassi tells her she can’t be in an area where everyone is fake.

Tom, Schwartz and Jax go outside. Tom tells Jax he has tried to sabotage both of his friend’s relationships. Jax again denies what he told the women at dinner before Kristen pops up and Tom asks her if Jax told him something happened in Miami. Kristen confirms he did, which Jax again tries to deny. Jax tells her no one’s going to like her here no matter what. Tom tells him to stop deflecting. She says if he denies it now he’s a liar and a cheater, and Tom tells her she’s a psycho and that she has no friends because goes through them all like condoms or something like that. Kristen tells them to have a good night and storms off.

Tom asks Jax what is wrong with him, saying he doesn’t know where to go from here.

Kristen goes up to Ariana and tells her she has told both her and Tom everything that she can and good luck. Tom says he can talk to Jax about this until he’s blue in the face, but he and Kristen are not going to change. He then asks Ariana to move in with him, and she says she would love to.

Schwartz tells Katie he is happy they’ve been in therapy and things are better than they have been. Katie asks him if he thinks she is the woman for him, saying she wants a commitment from him. He says he needs time, and she says she has been hearing that for a year, asking how long it will take. She says she is running out of patience and that he has six months to make the commitment or she will have to move on with her life.

When Lisa reveals the Sur anniversary photoshoot photos, Scheana tells Kristen not to roll her eyes. Kristen is sick of being hated on and done with the drama and she goes home with James.