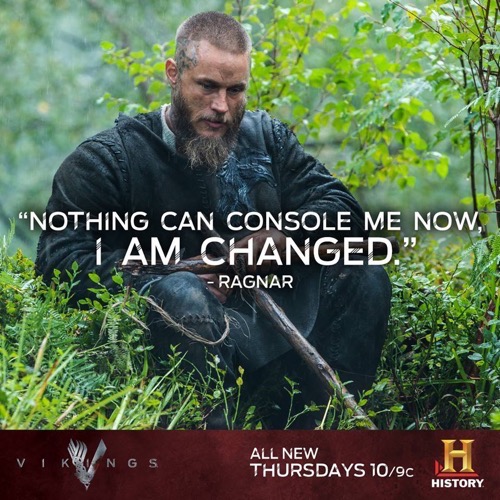 Tonight on the History Channel Vikings returns with an all new Thursday April 2, season 3 episode 7 called “Paris” and we have your weekly recap below. On tonight’s episode, the populace of Paris is in a panic after the appearance of the Viking fleet, and Emperor Charles.

On the last episode, Rollo contemplated the Seer’s prophecy regarding his destiny, while Kalf arrived in Kattegat and joined the Viking fleet as the raiders set sail up the Seine for Paris. Later, babies were born to both Porunn and Judith. Did you watch last week’s episode? If you missed the episode we have a full and detailed recap, right here for you.

On tonight’s episode as per say the History Channel synopsis “The populace of Paris is in a panic after the appearance of the Viking fleet, and Emperor Charles, at the behest of his daughter, announces he’ll remain in the city.”

Tonight’s episode looks like it is going to be great and you won’t want to miss it, so be sure to tune in for our live coverage of The History Channel “Vikings” at 10:00 PM EST! While you wait for our recap hit the comments and let us know how excited you are for the season 3 episode 7 of Vikings tonight.

Today’s episode of Vikings kicks off with Ragnar and his men sailing up on the beach of Paris – the guards at the top of the wall spot them coming. They ring a warning bell and everyone in the streets begins scrambling and the army takes their position. Count Odo rushes down to the King and tells him that Northerners are coming. He warns the King that the Pagans are coming and he should leave and find safety. The King heads to his chambers to mull it over, his daughter tells him that he can’t leave and has to stay with his people and protect them.

The King tells Count Odo that he is not leaving his city in its most urgent time of need. He announces that the next few weeks will be difficult but he prays for their courage. Odo begs the King to ask his brothers for help – the King refuses and says that he needs to prove that he is a worthy successor of Charlemagne, and Odo has to defeat the Northmen. He tells Odo that his burden is “much heavier than even he imagined.” Ragnar and his ships hit the beach – they begin setting up camp. Rollo takes a ship of men up to the wall with their shields in tack – the French stand at the top of the wall and riddle their shields with arrows.

In Wessex King Ecbert sits down to eat with his son – he asks Aethelwulf how his marriage is with Judith after she had a love child with Athelstat. Aethelwulf reassures him that they will be okay, a marriage is a marriage. Ecbert confesses to his son that he is planning on overthrowing Judith’s father so that he can become the king of all of the kings of England. Judith arrives with the baby – Ecbert coos over the baby and calls himself a grandpa. Aethelwulf screams that he is tired of hearing about Athelstan and calls his wife a whore. Ecbert kicks his son out of the room and comforts Judith.

While everyone is milling around the beach and setting up their tents and lodges, Ragnar summons Floki. He tells Floki that he missed Athelstan, he says that he wishes he was there at Paris with them and he would have been useful. Floki argues that Ragnar will manage just find without him.

In Wessex Aethelwolf is kneeling before candles and begging for forgiveness – he is whipping himself and bloody. Guards arrive with a badly beaten man – he was in Mercia, he says that Queen Kwenthrith has violated the contract they made with her. She wants to rule Mercia alone and is trying to cut ties to Wessex.

On the beach Ragnar and FLoki are still talking, Ragnar shocks him and says that he wants him to take command of the raid. Floki meets with Lagertha, Bjorn, Rollo and the other leaders. They argue over the best way to attack Paris. There will be a river-born attack, and an attack at the gates. Rollo tells Floki it is his responsible to make something that they can use to scale to the top of the walls.

Back at their village, Bjorn’s girlfriend cries to Aslaug that she doesn’t want her baby anymore. She begs Aslaug to take care of her and raise her as her own. Aslaug tells her that she is being selfish and she has to think of Bjorn – he needs her and loves her. She refuses to take care of the baby for her and tells her to pray to their god Fraya for guidance.
Ecbert summons Aethelwulf and tells him that he needs to go to Mercia and talk to Queen Kwenthrith, Aethelwulf doesn’t want to speak to the queen after she killed six of their nobles. Ecbert orders his son to go talk to Kwenthrith and give her a chance to beg for their forgiveness and realign with Wessex. If she refuses then they are going to tie her libs to four horses and let them rip her apart.

Bjorn runs in to the girl that he slept with the night of the fire. She reassures him that it is not important and she is “not with child.” They both apologize for taking advantage of each other. He gives her a piece of jewelry and tells her it is a gift. After he leaves, her husband King Horik’s son takes the jewelry from her and tells her it is far too good for her, he cuts her hand and calls her a whore before he shoves her and storms off.

On the beach outside of Paris Floki is working feverishly to build an invention that will help their warriors storm the walls. Helga tries to bring him some food, he rambles that he doesn’t have time to eat because his work is so important. Floki says he gave the gods a sacrifice and killed Athelstan – so they are giving him a gift and building the ladders for him with his hands. He grabs Helga and she begins crying and runs off in to the woods – obviously scared of how insane he is.

Ecbert pays Judith a visit and shares the writings with her about the Romans that Athelstan was helping him translate. He vows to Judith that “at long as there is blood in his body he will protect her and her son Alfred.” Then he kisses his son’s wife – Judith sits there in shock.

Aethelwulf visits Kwenthrith and shouts to her that the King is not happy she murdered the nobles, and she has to reaffirm their alliance. She pours him a drink and says cheer to their alliance – and then she invites him to sit down with her and talk civilly about the alliance. She rants that Aethelwolf is always doing what his father tells him – she teases him and pretends to seduce him and then heads off to bed. Aethelwolf wakes up a few hours later and is surrounded by her guards. The guards bring Aethelwolf to Kwenthrith and she is holding a baby, she announces that it is Ragnar’s baby – and he will be back to protect her and the baby.

On the beach Floki tells Ragnar and the other leaders that his contraption is complete and tomorrow they can attack Paris. As night sets in they all stand on the beach with torches and chant as they prepare for battle.