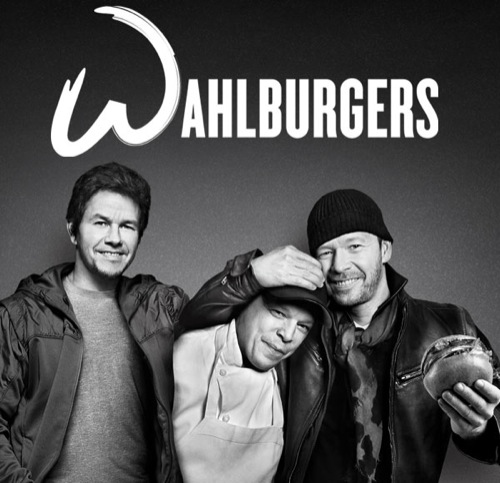 Wahlburgers airs tonight on A&E with an all new Wednesday January 7, season 3 premiere episode called “Wedding Bliss & Big Papi Hits” and we have your weekly recap below. On tonight’s episode, Paul and MLB player David Ortiz team up to create a new burger in the season 3 premiere.

For those of you who are not familiar with the show, Wahlburgers goes behind-the-scenes of one of Boston’s most well-known families, the Wahlbergs. Brothers Mark, Donnie and Paul join forces to embark on a hometown-based business venture, a hamburger restaurant that touts the family name. An homage to their humble beginnings, the restaurant is home base for the gang from the old neighborhood, including Mark’s sidekicks, the real Johnny “Drama” and Henry “Nacho” Laun, Paul’s trusty assistant Kari Burke and of course, the matriarch of the Wahlberg family, their spirited mother Alma.

On tonight’s episode as per the A&E synopsis, “Paul creates a specialty burger for Boston Red Sox slugger David Ortiz.”

#Wahlburgers starts now. Donnie says all Wahlburgs are Bostonians and are superstitious. Alma, Paul and Mark rattle off some of theirs. They all say Paul is a jinx. There were nine kids under the roof and Alma says people would complain about them. Paul says he always wanted his own restaurant but being in business with his brothers was not the plan.

Paul says Jim called and says he wants him to go make a burger with David Ortiz – Big Papi of the Boston Red Sox – to be their burger of the month. Kari and Billy are excited for him but Kari has no clue who Ortiz is. Paul says he has Donny’s wedding coming up so his calendar is full. Alma and Donnie have lunch and she asks where’s the wedding.

He says they decided where and when but says they’re doing it in Chicago. Alma asks if they can do it both places. He says that’s too expensive. She says she can’t fly because she always gets a sinus infection. He asks her about Amtrak but she says no to that too. He offers her a tour bus and says she’ll have every luxury she has at home and says he’ll send Brandon along.

He says she can bring her friend Phyllis. Donnie says she’s a ball of fire. He says she has to be at his wedding or it won’t be the same and his heart will be broken. Alma says Donnie always does his best to be there for her so she wants to be there for him. At David Ortiz’s house, Paul shows up to meet with him. Paul is excited to be in Big Papi’s kitchen.

He says he’s thinking a chirri burger which is very Dominican. He cooks it up for David and he says he can come by and cook for him every day. Paul says athletes have rituals and will feel unsettled if they don’t follow the routine and that messes up their game. David asks Paul about his superstitions. Paul says he tries to keep them on the ball field.

He adds a little salsa type stuff and says it’s great and he’s going to hit good tonight. Paul says he hits good every night. David says it’s nice to have the burger and asks Paul to cook for him tomorrow. The tour bus pulls up to pick up Alma and Phyllis and she says they’re going in style. Donnie says the Beach Boys just used the bus and Alma says she’s going to dance her butt off. The driver puts their luggage on the bus. Brandon says Uncle Donnie gave him strict instructions to get them there in time.

Brandon shows up and asks why Phyllis is there. Donnie says Phyllis is ADD and Alma is OCD and that will make Brandon MAD. Donnie calls to nag Alma about getting on the bus. She says she’s going to miss her dogs. Donnie guilts her and says to get on the bus. Donnie says Alma is the one that taught him guilt. He tells her no stops or detours. Alma says it’s a long ride and of course they have to stop.

Donnie tells her to get her ass on the bus. She gets on and they go. Brandon says they’re going to be on the bus 16 hours and need ground rules. Alma says she needs to stop and pick up something for Donnie and Jenny. Brandon says they can make one stop but Alma tells him she’s grandma and he can suck an egg. Phyllis talks about packing her sexy negligee and says you never know who you’ll meet.

She offers to cuddle Brandon and he’s horrified. He says this is going to be a long trip. Kari comes to see Paul and he’s making David Ortiz’s burger. He says he wants another one and says he thought it helped him hit. Paul says he’s going it and is taking one for the team – he says what Papi wants, Papi gets and says he has to deliver it. Kari offers to give him a ride cause she wants to see the house.

Kari says she didn’t know who he was but used her sports app on her car and looks at his standings. She says she hopes the burger brings him luck and says they should have brought several.

The bus rolls to Chicago and Brandon puts on some Motown and says it might put him to sleep. Phyllis starts dancing and Alma is in hysterics. She asks Brandon to dance with her. Donnie says Brandon likes older women and it could be a good mix. He runs off and then changes to rap music. He hopes that will cool Phyllis down but she just dances more. Alma snatches the remote from him.

Brandon says he’s going to bed. Kari drives Paul and says he’s going to have to do that every time and she’ll have to add it to his schedule. They get to Ortiz’s place and he introduces Kari. He’s thrilled to have it and Paul asks if this will be an everyday thing and Papi says he hopes so. David says he’s on the way to the field and gives Paul a big hug then heads out.

Kari says he was so excited and Paul says now they’re both part of the superstition. The bus is now in Ohio and Alma asks Brandon what he’s wearing to the wedding. Alma doesn’t like what he says he’s wearing. She says he can’t wear the shirt. She says she had six sons and none of them could dress themselves. She makes Brandon try on different shirts and ties. They finally settle on a purple shirt.

Phyllis says he’s handsome and could be a male model on the runway. Brandon says frisky Phyllis is back at it. Paul says Rajon Rondo is there, the former Boston Celtic, and he says Ortiz sent him in to try the Big Papi burger. He cooks it up and Rajon says it’s good and asks for his own burger. Paul can’t say no and asks what he had in mind. He says he likes ketchup, lettuce and tomato. Paul says he’s on it.

Ortiz calls for another burger and Kari says he didn’t get a hit last night. Paul is worried his burger is the curse of the Bambino and Donnie says Paul may be the curse. Paul says Ortiz left him a voice mail and wants another burger. Kari goes to get her keys while Paul carefully makes the burger. The bus stops at an antique store and Brandon says he’s going to be in trouble with Donnie if they’re late.

Donnie says his mom would rather shop than eat and says if you let her loose in a place like that, she may never leave. Alma tries a flowered hat on Brandon and he tries to get them to find a gift and go but Alma won’t be rushed. Donnie wants them back on the bus. Alma says Brandon is being a pain in the rear but he gets them out and says Donnie owes him one or two. Donnie agrees he does.

David Ortiz waits impatiently for his burger. Kari and Paul pull up and runs it to him. Paul asks about the hit last night and asks if the burger was wrong. David says he’s too superstitious and it had nothing to do with him. Donnie says he’s leery and thinks it could still be a jinx. Paul is ready to focus on Donnie’s wedding now that he’s got Ortiz settled.

Alma says she can’t wait to get off this bus. They make it to Chicago and Brandon is thrilled to be there. He says he’s never getting on the bus again. Donnie rushes to hug his mom and says she loves both him and Jenny. He says he has the best mom in the world and is marrying the best girl in the world. Paul says now that Alma is there, it all feels settled.

Alma says family is there forever. Phyllis grabs Donnie’s butt and he laughs and thanks her. He says he works out. Jenny asks Donnie to bring her home a burger. She asks for a burger, shake and onion rings. He laughs.