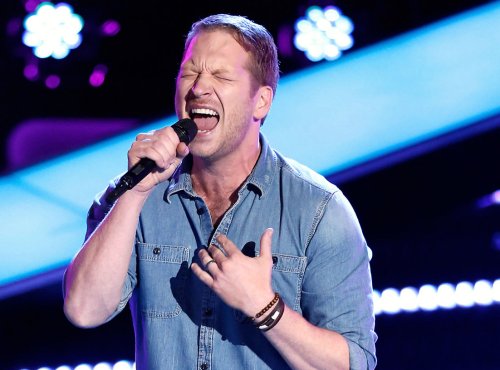 Barrett Baber wants to win The Voice Season 9, but did he sing his heart out enough to earn it? If you missed any of tonight’s The Voice Top 4 finale performances – check out CDL’s detailed full show recap right here!

Gwen says she felt like she was on another planet while he sang. She says his energy is strong and it all came together and he was so calm and told a story. She says it was really good. Adam says he feels lucky to see his favorite people make it to the end and says he’s been a fan from day one. Blake says he’s never worked with anyone who puts more heart into their performances.