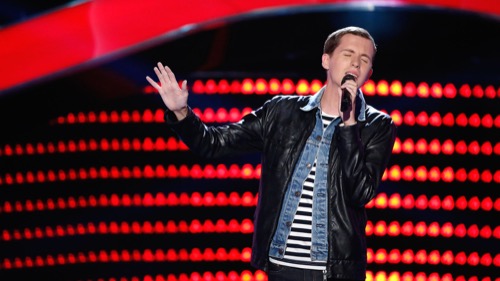 Evan McKeel of Team Pharrell Williams sang, “Smile” by Standard written by Charlie Chaplin this week for his song choice.  On tonight’s show the top eleven artists performed live in front of coaches Adam Levine, Blake Shelton, Gwen Stefani and Pharrell Williams for America’s votes. Each of the Top 11 will have to give the performance of a lifetime to make it to the next round.

On tonight’s episode Evan sang “Smile” by Standard written by Charlie Chaplin and this is what the judges said about his rendition:  Gwen says Evan’s performance was beautiful and her favorite of his so far. She said his voice shined. Blake says he’s such a pro and says it was really good and says great job. Pharrell says he sounded great like always. He says Evan let them connect with him and says this is about him introducing himself and he really did that.