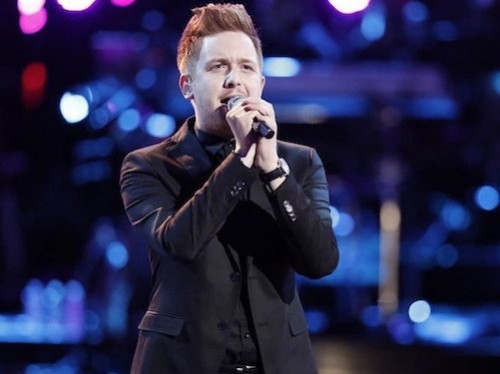 Each of the Top 4 has to really leave it all out there on the stage if they want a shot at winning Season 9 of The Voice. Did you watch tonight’s big finale episode? If you missed any of tonight’s show, CDL has what you need – check out our full detailed recap right here!

And if you missed any of the videos (or just want to watch them again), check those out right here. On tonight’s finale Top 4 show, Jeffery sang “Stay” by Sugarland and here are the judges’ comments about his finale song performance:

Blake says man, I like you doing country. He says it’s awesome and says he doesn’t know what to say to any of them since they’re so incredible. He says Jeffery snuck up on all of them and he makes more of a believer of all of them every time he’s on the stage.

Pharrell says this must be a good feeling to have this journey with Gwen after he didn’t perform for so long. He says Jeffery is an inspiration. Gwen stands and says he’s going to make real records and has a voice you can recognize on the radio.

She says he’s grown so much and says if you vote tonight, vote for Jeffery. She says she’s so proud and wants to be the first female coach to win The Voice.

Check out the full video down below – and be sure to share your comments on Jeffery Austin’s finale performance. Do you think Jeffery will win The Voice Season 9? If you missed any of the finale show or performances – see them all right HERE!

Be sure to share your thoughts in the comments section on tonight’s The Voice Season 9 Top 4 finale performances. Tell us what you thought about Jeffery’s fresh take on Stay and if you think he could win this season’s The Voice.