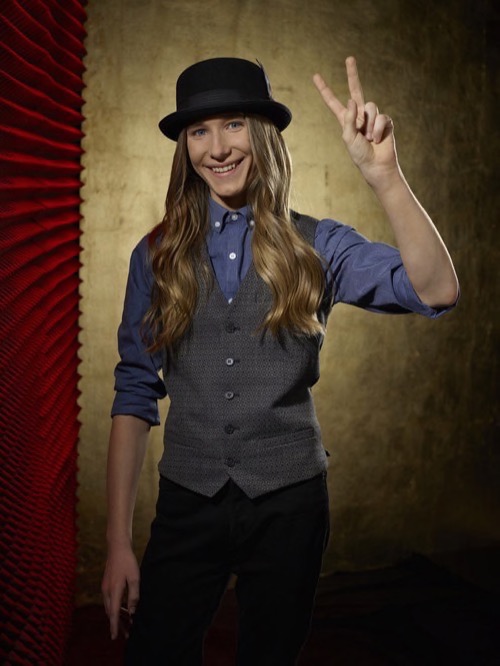 Sawyer Fredericks of Team Pharrell Williams sang, “Take Me to the River” by Al Green this week for for his song choice.  On tonight’s show the top six artists performed live in front of coaches Adam Levine, Blake Shelton, Christina Aguilera and Pharrell Williams for America’s votes. Each of the Top 6 will have to give the performance of a lifetime to make it to the next round.

On tonight’s episode Sawyer sang “Take Me to the River” by Al Green and this is what the judges said about his rendition: Blake says he always sings well and says he stands perfectly still but he never noticed until he had 100 dancers around him. He says all Sawyer has to do is stand there and sing and it doesn’t matter. Pharrell says he was surprised when he wanted to do the version and says he sees why he wanted to do The Commitments version. He says they’re used to him with the guitar but says he worked the stage and the ladies all cheer. Pharrell says everyone needs to please vote for Sawyer and says it feels right. – Voting numbers: 855-VOICE-06 or text 6 to 8642