Who Got Voted Off Dancing With The Stars Week 8: Andy Grammer and Allison Holker Eliminated? 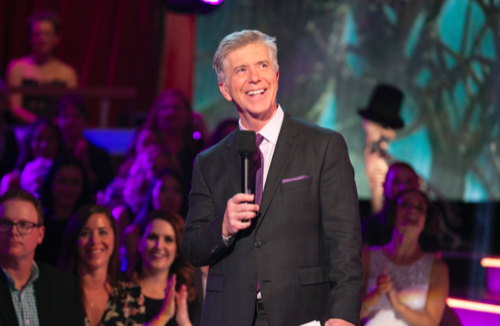 Tonight on ABC it’s another Dancing With The Stars elimination of Season 21 and we will say goodbye to another star on last week’s episode we said goodbye to Hayes Grier and his partner Emma Slater. On tonight’s performance episode an elimination occurs after the eighth week of performances, which feature the stars honoring influential figures in their lives. Also: one couple receive immunity, and the other six compete in a dance-off.

After last week’s performances, Bindi Irwin and her partner Derek Hough dancing the Argentine Tango as Vampires scoring 30/30. At the bottom of the leaderboard Nick Carter and his partner Sharna Burgess dancing the Argentine Tango as Frankenstien and his Bride tied with Tamar Braxton and her partner Val Chmerkovskiy dancing a Funhouse inspired Foxtrot scoring 24/30.  Did you miss the episode?  If you did we have a full and detailed recap, right here.

On tonight’s episode, “the “Dancing with the Stars” celebrities will pay tribute to influential figures in their lives. The dance styles will include Argentine Tango, Foxtrot, Contemporary, Salsa, Paso Doble and the Viennese Waltz. For the first time this season, the couple with the highest score from their solo dance will be granted immunity from elimination next week and will also receive 3 additional points. For the first time ever, each of the six couples that do not receive immunity will then be paired up to compete in a head-to-head dance-off to be voted on by America in real-time on www.ABC.com and the three judges. The couple with the majority of the four potential votes from each dance-off will earn an extra 2 points, increasing their overall score. At the end of the night, one couple will face elimination.”