Who Got Voted Off Dancing With The Stars Tonight 5/12/15: Nastia Liukin Eliminated 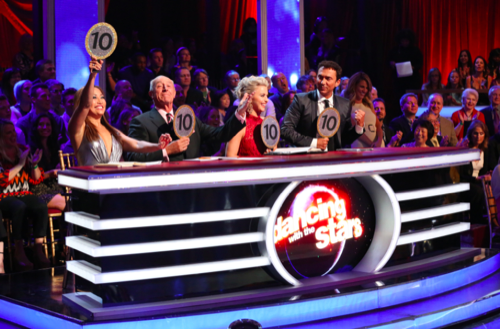 Tonight on ABC it’s another Dancing With The Stars elimination of Season 20 and we will say goodbye to one contestant tonight. On tonight’s show three of the four remaining couples will advance to the FINALS. The competition is neck and neck as each couple fights to make it to the top 3 and dance in the finale.

After last night’s performance episode, tied at the top of the leaderboard were Riker Lynch and Allison Holker & Nastia Liukin and Sash Farber/Derek Hough who all scored a perfect 70/70 combined score for the two dances. At the bottom of the leaderboard was Noah Galloway and Sharna Burgess who scored a 66/70 by the judges in combined score. Did you watch last night’s show? If you missed it, we have a full and detailed recap right here for you.

On tonight’s show of Dancing with the Stars as per the ABC synopsis, “Tonight’s Result Show is Jam-Packed with Musical Performances by Flo Rida, Teen Beach 2 and a Special Performance presented by Almay. One Couple Will Be Eliminated by the end of the night!”

The results are already starting to come in: