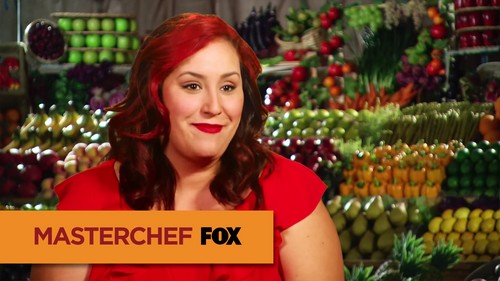 Masterchef spoilers tease that a winner was crowned during the Season 6 finale airing on FOX – the results are in and the winner is: Claudia Sandoval. Tonight’s finale kicked off with the final three chefs: Derrick, Stephen, and Claudia battling it out for the $250,000 grand prize, their very own book deal, and Chef Gordon Ramsay’s Season 6 Masterchef trophy.

The Season 6 finale featured a close and grueling battle between the final three chefs for the ultimate grand prize. Derrick, Stephen, and Claudia began the final competition racing around the kitchen to prepare dishes for 30 important people in the culinary world. At the end of the competition, the guest diners voted on the three dishes and Derrick was crowned the winner, he got to sit back and watch while Claudia and Stephen battled it out for the final two position alongside Derrick.

Masterchef Season 6 spoilers tease that Claudia and Stephen put up a good fight in the pressure tests, but in the end Gordon Ramsay announced that Claudia was the winner – and Stephen was sent home. However, he didn’t leave the competition empty-handed. Chef Ramsay told him to get a business plan together, and announced that he planned on investing money in the food truck that Stephen has discussed opening when his stint on Masterchef was over.

The final two chefs, Derrick and Claudia, then moved on to the last Season 6 challenge – and the ultimate chef face off. Derrick created a pan seared venison with huckleberry sauce and a puff pastry cage for his final dish. Claudia presented a grilled swordfish with chick peas and Mexican squash. They followed their entrees with their signature dessert dishes. Chef Gordon Ramsay and the judges tasted the final dishes, and after careful consideration they crowned Claudia the winner.