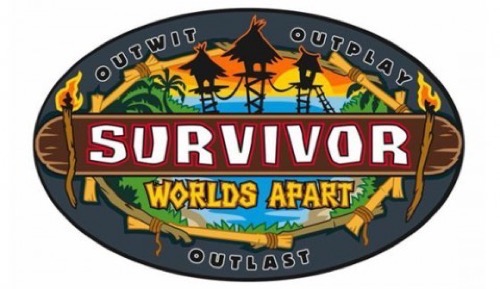 Who Won Survivor 2015 Worlds Apart Season 30 will be known soon and as the winner is revealed we will be recapping it live for you right here! Tonight on CBS their Emmy Award-winning series Survivor 2015 Worlds Apart airs with an all new Wednesday May 20, season 30 reunion episode, and we have your weekly recap below! Tonight, it is a live one hour reunion special hosted by Jeff Probst. We will also get to hear from the castaways that did not win. Earlier in the evening we saw the final episode and now we are going to find out who won the title of, “final survivor.”  You can read our LIVE recap of the finale elimination episode of Survivor Blood vs Water right here!

On the last episode, the final five castaways competed for a spot in the final tribal council where they were questioned by the jury. Did you watch the finale? If you missed it, we have a full and detailed recap right here for you.

On tonight’s episode as per the CBS synopsis, “The winner is revealed as the 18 castaways reunite to discuss their experiences.”

Tonight’s season 30 reunion episode looks like it’s going to be great and you won’t want to miss it, so be sure to tune in for our live coverage of CBS’s Who Won Survivor: 2015 Worlds Apart at 10:00 PM EST! While you wait for our recap hit the comments and let us know how excited you are about season 30 of Survivor? Who do you think will win Survivor Worlds Apart.

The winner of Survivor 2015 Words Apart has been announced and it was a landslide – Mike Holloway won!

Jeff calls for the vote and says they have to vote for a winner. He says to vote for who deserves the million dollars. Hali goes to vote first. Then it’s Joe. We see that Jenn voted for Mike. Rodney, of course, votes Will because they are fellow lazy idiots… Shirin sniffs the marker then votes. Sierra votes for Carolyn. Dan seems to not know who to vote for and bangs his head (he just wants more camera time). Jeff goes to get the votes.

He says he’ll see them back in LA for the reading of the votes. Now it’s back at the live show as Jeff walks in with the votes. The jury and the three finalists all site by the fire. Jeff says there is no easy path to the end and says they earned their spot there. Jeff reads the votes – Mike, Will, Carolyn, Mike, Mike, Mike. Yes! Mike won it! Woot woot. Mike runs down to hug his mom and almost tackles her. Mike hugs his buddies as Jeff interrupts him to hand over the check.

Mike sweetly hands his million dollar check to his mom. Jeff announces that Mike is ineligible for Season 31 based on this win. That means that another of the potential players will move up. Back from the break, Jeff asks Mike how being back against the wall helped him. Mike says the reason he can play loosely is because of Jesus. Jeff says he had nothing to lose then asks again and says he made moves that he would not have otherwise move.

What do you think of  Mike Holloway winning Survivor?

Jeff asks Mike about the auction. Mike says the move was right but he regretted giving his word then backing it out. He says he stopped playing for two seconds then. Mike says for game play strategy, he should have taken the advantage. Jeff asks if Mike and Dan have mended fences. He says he flew up to Maine to hang out with Dan who says they’re more than good. Rodney looks so different in his little blue suit. Jeff asks if he would have won the game if he won the fire challenge.

Rodney says he’s athletic back home but didn’t win any challenges. Rodney says he would have won. Jeff asks who would vote for Rodney if it was Mike, Rodney and Will and three raise their hands. The straw poll shows Mike would still have won. Carolyn says she thought she would have more votes but says she’s proud of how she played. Jeff says Joe is the most popular player. He reads some tweets. One said they love his man bun. One asks if he’s single. Joe says he is. Joe says he’s had women try to pick him up but he likes the role reversal.

Jeff says the topic that has dominated this season is sexism. He shows a clip of Dan making a ton of sexist comments and tried to compare being adopted to Shirin’s abuse then saying she should be slapped. Dan says it’s okay and they can boo him. Jeff says he felt he was misrepresented and things were taken out of context. Dan says he wasn’t talking about Sierra and Jeff tells him to calm down. He says to start with the Shirin comment about slapping her to shut her up.

Dan says if he had known about her abusive past, he would never have said it. Jeff asks what scenario would it be okay. Dan says it was just an expression like “I want to kill someone.” He says all he cares about is Shirin and tells her he’s sorry from his heart. He says he was wrong. Jeff then tells him to hang on and says he can’t do an hour on this. Jeff tells Dan that he said a lot in the press that was negative about the show and called Rodney’s mother a whore.

Dan says it was out of context. He says they were talking about yo mama jokes before that. Jeff says he pulled the raw footage to defend the show. He says this is raw footage. Dan says he’s throwing him under the bus. Jeff says there are no jokes at all and it was about rewards. He plays the clip. Mike says he hopes it was fishing gear and then someone else says they’d prefer a comfort item. The women tease Rodney about sleeping all the time. Mike kids too. Rodney calls them haters.

Rodney tells him to go puke in a tree and Dan says “you’re mother is a whore.” Jeff says maybe Dan is remembering it wrong. Dan says clearly he’s remembering it wrong. Jeff asks if he has a prejudice against women. Dan says if he dislikes someone they earned it. Jeff says maybe this is about he’s not aware of how he comes across rather than the show editing him wrong. Then Jeff points out he’s waring a shirt that says “Mail Escort” and Dan says he’s a postal worker.

Dan says he speaks his mind and doesn’t always get it right. Jeff says what he does love about the show is that they put different types of people together. Back from the break we see Shirin accusing Will of verbally assaulting her and he says she plays the victim. Back live, Jeff says his impression of Will is that he’s generally a good guy. He asks about Will not apologizing to Shirin. Will says to apologize, you have to be sincere and the person has to be open to it.

Will says he apologized to her at Ponderosa then sent a text. Shirin shakes her head and says he said “it’s all a game, baby girl.” Jeff asks if she feels like Will has apologized. She says he stood by what he did then only cave and sent her a weak apology based on negative public opinion. She says what Will did was wrong. Jeff asks if she will take an apology. Will says he apologizes and also to her family. He says what he said was wrong. He then turns to Shirin and says he had no idea about her background.

He says regardless of that, he never should have said what he did to her. Then he says she has to accept an apology. Shirin says she has to understand why he would say she didn’t have a soul and shouldn’t be treated like that. Will’s wife starts yelling from the audience. Jeff says you have to think about what you say and says he has to turn to Rodney. Jeff says he’s heart broken that Rodney played the game and had to endure the worst birthday. He says he wants to make it up to him.

He’s mocking Rodney’s birthday whining and brings out a cake. Jeff puts a little birthday hat on him and gives him a noisemaker. Jeff sends out the Season 30 cast so they can announce Season 31. Back from the break, Jeff says millions have voted on the #SecondChance. There’s a bus outside and the Season 31 players will leave from now. There are 32 prior players that showed up for a chance.

They leave on the bus to head straight to Cambodia! Season 31 starts now but we won’t see it until Fall!