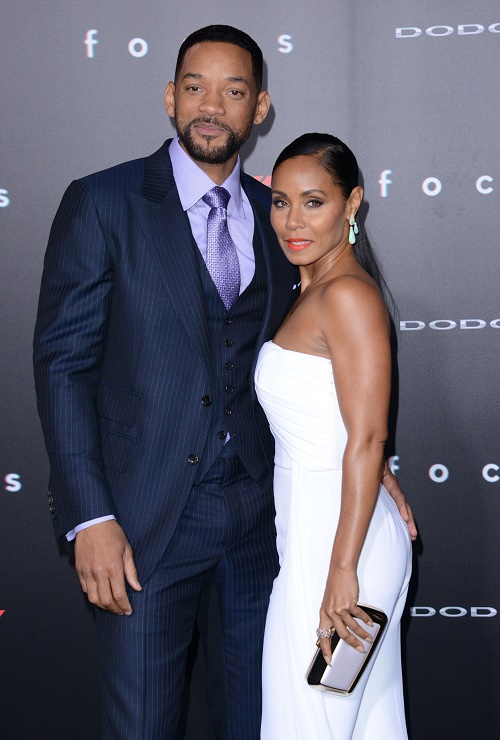 Will Smith didn’t cheat on Jada Pinkett-Smith with his co-star Margot Robbie – because he and his wife have an open relationship. Rumors have been floating around for months that Will and Jada were on the verge of a divorce, and fighting non-stop over Will’s alleged affair with his Focus co-star Margot Robbie. Word on the internet is that Jada is totally cool with her husband’s transgressions because they have an “open relationship.”

This isn’t the first time that sources have told the media that Will and Jada have an open relationship, but Jada all but confirmed it in a recent interview with Howard Stern. When asked about her husband, and his alleged affair, Jada promptly responded, “I’m not his watcher.” What? That’s your husband – why would you not be watching him like a hawk, unless you have an open relationship and could care less who he is running around with because you are doing a little bit of it yourself.

Rumors have been floating around that Will was cheating on Jada with Margot for over a year now, so there is always the chance that Jada just implied in the interview that she could care less about what her husband Will is up to because she is secretly embarrassed by the cheating scandal. If she doesn’t care – then it is not cheating, right? Then there is always the possibility that they really do have an open relationship, which is beginning to be the norm in Hollywood these days.

When two successful actors have children together and are worth millions of dollars, sometimes it is easier to just “consciously uncouple” and start dating other people, rather than trying to get a divorce and argue over the kids and assets acquired since the wedding.

What do you think? Do Will and Jada have an open relationship? Or is Jada just implying that they do because she is embarrassed by her husband’s cheating scandal? Will they get a divorce? Let us know what you think in the comments below!