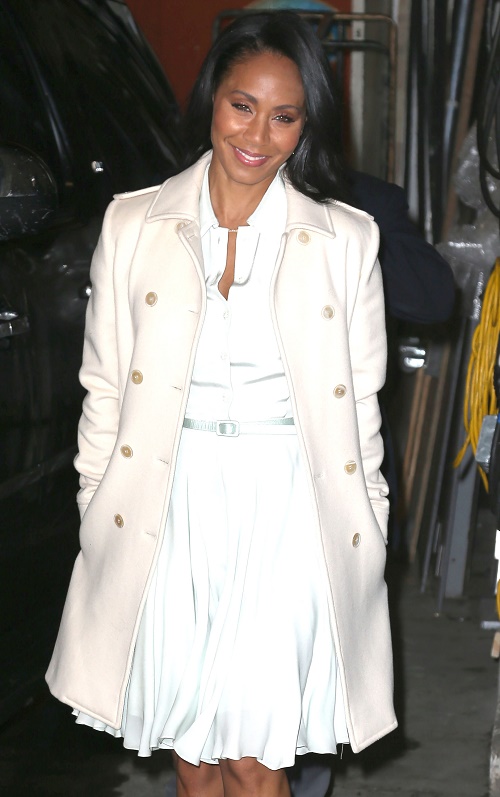 Will Smith and Jada Pinkett-Smith appear to have one of the most solid and healthiest marriages in Hollywood, but looks can be deceiving. Will and his wife Jada have apparently been fighting over his relationship with his “Focus” costar, the sultry Margot Robbie. The actors tied the knot in 1997, and despite being married for nearly two decades, Jada is feeling very insecure about the undeniable chemistry that Will and Margot have both on-screen and off-screen.

Jada Pinkett-Smith’s insecurity and jealousy issues popped up in 2013 when Will and Margot began filming “Focus” and a photo surfaced on the internet of Will and his co-star snapping flirty pictures in a photo booth while they were on set in New Orleans. Jada has been in the business a long time, and she understands that if you want a movie to succeed you need to promote it and cause a buzz – but she was not impressed with Margot hanging all over her husband in the photos and flashing her boobs. Since the photo booth scandal – Jada’s concerns over Margot and Will have only grown.

According to the March 23rd edition of OK! Magazine, “Jada is furious. She has seen them on the red carpet together and they are all over each other. She has known Will for 20 years, so it is pretty obvious when he has the hots for someone. And she doesn’t trust Margot one bit.” It doesn’t look like the Will and Margot show is going to end anytime soon either – the duo is set to start filming another movie titled “Suicide Squad” together next month, and Jada is stressed to the max that Will is going to cheat on her while he is away with Margot, if he hasn’t already.

Do you think that Will Smith would ever cheat on Jada? Is she just being paranoid, or could Will Smith and Margot Robbie really be having an affair? Have you seen the two actors together?! Let us know what you think in the comments below!