Will Smith, Jada Pinkett Smith Divorce: Will Parties With Hot Models, Ditches Wedding Ring – 84 Days Since He’s Been With Jada! 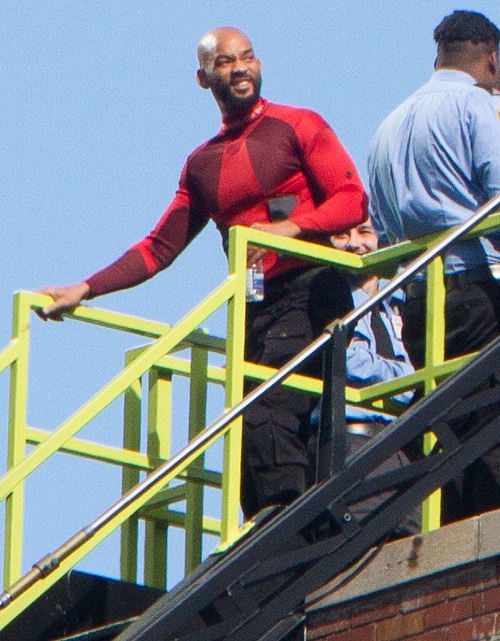 When Howard Stern asked Pinkett Smith about her relationship with Will Smith and their unusual marriage arrangement, she responded by saying, “Here’s the deal, Howard. You’ve gotta trust who you’re with. And at the end of the day, right, I’m not here to be anybody’s watcher. I’m not his watcher. He’s a grown man.”

We understand not wanting to be anyone’s “watcher,” but at least go on dates with your significant other. On June 18, 2015, Jada Pinkett Smith was spotted in West Hollywood going to dinner at Craig’s. She wore a form fitting black and red dress and was certainly dressed to impress. The only thing missing was her husband Will Smith. It just doesn’t make sense to us.

Will Smith, on the other hand, was last seen on the set of a new film he is working on titled Suicide Squad. The motion picture is filming in Toronto, and his last photo surfaced on June 7, 2015. Jada Pinkett Smith says that her husband has “all the freedom in the world. As long as Will can look himself in the mirror and be okay I’m fine with that.”

Unfortunately, it looks like Jada Pinkett Smith may be placing a little too much trust in her husband Will. Recently, at the Fitness Music Fashion event in Toronto, Will Smith was spotted with a bunch models in bikinis. Of course, this could just be dismissed if it weren’t for the fact that when Will Smith gave the group a high five, people noticed that he was not wearing his wedding ring.

So what is really going in the Smith household? In 84 days, one of Hollywood’s most beloved power couples has not been seen together, although they have been spotted separately. And, Will Smith has been seen without his wedding ring.

Jada Pinkett Smith made it a point to tell Howard Stern that Will is not cheating. She said, “Just because a man is attracted to another woman does not mean that he does not love you. And it does not mean that he’s going to act on it…if your man isn’t going to see another woman’s beauty, how the heck is he going to see yours.” Then, Jada Pinkett Smith added that if Will Smith ever did cheat on her, she would know.

We sense a divorce, or at least announcement regarding their split coming soon. What do you think is going on with Will Smith and Jada Pinkett Smith? Let us know in the comments below.