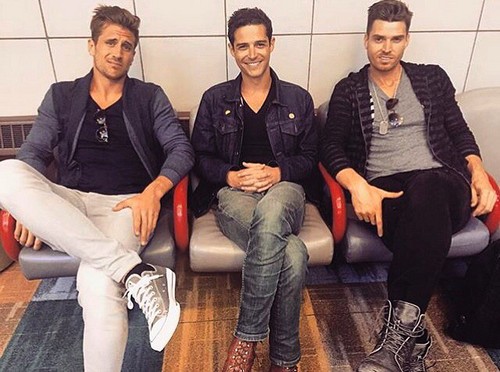 Why are NFL pro Aaron Rodgers and his little brother Jordan Rodgers fighting? The Bachelorette 2016 spoilers have revealed over the course of Season 12 that Jordan Rodgers doesn’t even talk to his famous brother, and it’s clearly a sore subject for the Rodgers Family.

Hometown dates were a bit awkward when Jojo Fletcher met Jordan’s family and they refused to talk about Aaron Rodgers and confirmed that he had “cut them off.”

The Bachelorette Season 12 fans have been dying to know why the Rodgers brothers are feuding. And, Chad Johnson touched on that subject during the Men Tell All on ABC and reminded the audience that Jordan Rodgers is not a good guy, Johnson quipped, “Even his own brother won’t speak to him.”

We may never know what exactly happened between Jordan Rodgers and Aaron Rodgers. But, The Bachelorette 2016 spoilers tease that they won’t be burying the hatchet any time soon. As a matter of fact, Aaron Rodgers is pretty disgusted by his brother being on The Bachelorette, and putting their family drama on primetime TV.

NFL pro Aaron Rodgers sat down for an interview this week with WISN News in Wisconsin, and his brother Jordan’s Bachelorette drama was brought up in the conversation. Aaron didn’t seem too pleased.

He dished, “I haven’t seen the show, to be honest with you, so it hasn’t really affected me a whole lot. As far as those kinds of things go, I’ve always found that it’s a little inappropriate to talk publicly about some family matters, so I’m just — I’m not going to speak on those things, but I wish him well in the competition.”

It doesn’t sound like Jordan Rodgers and his brother Aaron will be making amends in the near future. So Bachelorette fans, what do you think happened between the two brothers? Share your thoughts in the comments below and don’t forget to check CDL for all of you’re The Bachelorette 2016 spoilers and news.

When your dad is the kind of dad that doesn’t hesitate to throw on an embarrassing outfit for a Wednesday mini golf outing and then proceeds to initiate a impromptu golf club sword fight duel in public…that’s when you know he’s not just your dad, he’s a best friend. Happy Fathers Day Pops! #thatspinmovethough not shown @thelukerodgers and Mom also dressed up and killing it! My family is pretty cool