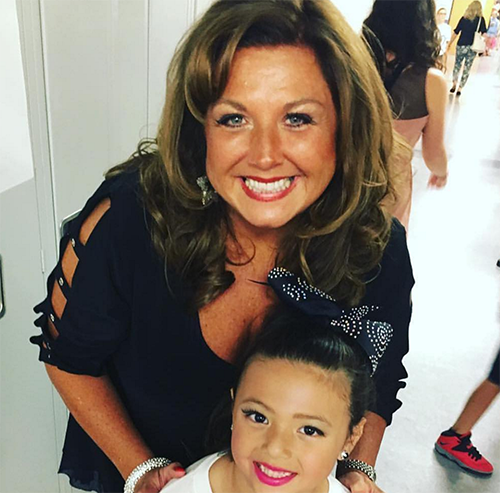 Abby Lee Miller’s downward spiral continues as her dance studio struggles to find dancers willing to work with her after the loud-mouthed dance diva pled guilty to 20 counts of fraud. Abby Lee Miller’s latest meltdown shows that the Dance Moms star is on the verge of a complete financial and personal collapse.

According to OK! Magazine, Abby recently showed up to auditions at her studio three hours late, and then had a complete breakdown when she saw that only 11 people had showed up for Dance Mom tryouts. After berating all of her staff, she left the studio and went to a salon to get her hair and makeup done. While at the salon, Abby made herself even more unpopular with the dancers by insisting they shell out big bucks for new outfits. A source tells OK! Magazine that “The girls at the audition were told by a production staffer that Abby appreciated it more if they tried out wearing clothes from her signature line. The prices were then jacked up three times what they normally were.”

Abby Lee Miller’s “large and in charge” attitude is partly what made her famous but, after her shady business practices came to light, one would think she would tone down the diva antics. Abby is facing up to five years in prison after pleading guilty to 20 counts of fraud stemming from hiding $755,000 in profits from her hit show, studio, and merchandise sales in secret bank accounts. She will be tried on all counts in October. According to the OK! Magazine source, the stress of her financial ruin and looming trial are taking their toll on the reality star: “[she was] looking worse for the wear.”

Ever since Maddie Ziegler left Dance Moms and Abby Lee Miller’s studio for bigger and better things—she is currently a judge on “So You Think You Can Dance: The Next Generation”—Abby has struggled to find another dancing darling to replace her favorite. With only 11 dancers showing up for tryouts, it looks like the future of Dance Moms will be in jeopardy even if Abby manages to avoid jail time for fraud.

Tell us what you think in the comments below! Will Abby Lee Miller do hard time? Will her studio go under?