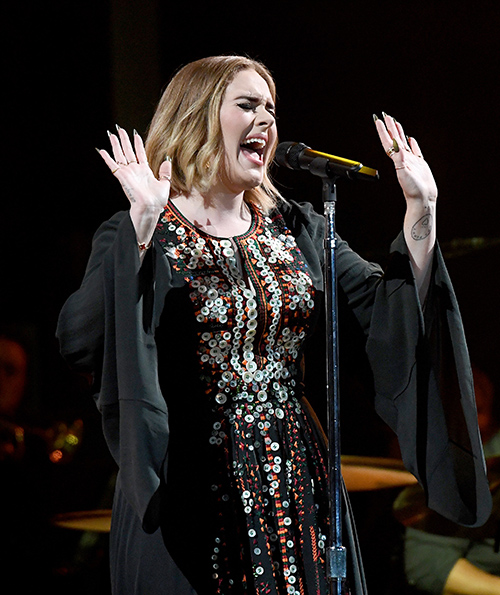 Despite her massive success, Adele is mostly known as one of the most charitable and relatable chart toppers in the entertainment business right now, but could she be changing right in front of our eyes? That’s what critics are suggesting as the singer uncharacteristically sent one of her handlers on a 140-mile run for a pizza that she didn’t even eat.

Adele, who credits her recent weight loss to her new gym routine and substituting alcohol for tea, supposedly ordered one of her team members to order a take out pizza during a weekend getaway at the Cotswold. The only problem is that she insisted on having pizza from one of her local take-out spots back home in London. Because, of course, when someone like Adele wants pizza, it just can’t be any slice of pizza but her absolute favorite.

According to the UK’s Sun paper, she sent out the “flukey” for a 140-mile run to fetch her pizza in London even though staffers at the luxurious Soho Farmhouse hotel near the Costwold where she was staying at insisted that their cooks could give her a pizza on site, satisfying her craving within 30 minutes or less. One source dished, “She was told they had the best ovens. But she insisted that staff fetch the pizza from her local company.”

But it looks like Adele’s diva behavior might be getting the best of her, as by the time her pizza from London arrived, she was fast asleep. The insider added, “It was still in the box when the maid came next morning.”

One of the reasons why Adele remains to be so popular with her fans is because she has managed to keep her feet firmly on the ground, but with this kind of behavior, she’s fast becoming the next Mariah Carey in the entertainment world. And if more stories like this one surfaces, it will only be a matter of time before Adele’s reign as the celeb world’s most likeable star will begin to fade. What do you think, CDL readers?