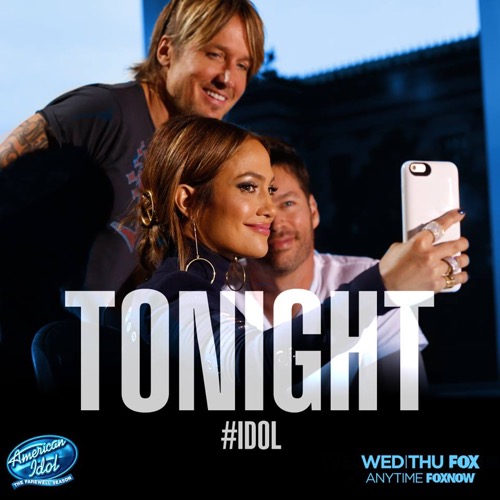 It’s another exciting night of AMERICAN IDOL on FOX with an all new Wednesday January 14, season 15 episode 4 called “Auditions #4” and we have your weekly recap below. On tonight’s episode, auditions continue with the Denver & Little Rock Auditions.

On the last episode, everyone’s favorite singing competition returned for its highly anticipated 15th and farewell season. The fun began when host Ryan Seacrest and returning judges Jennifer Lopez, Keith Urban and Harry Connick, Jr. traveled to Philadelphia to discover the city’s best talent. Jenn Blosil was a judge favorite, she played he piano and sang to Radioactive by Imagine Dragons and all the judges loved it.  Did you watch the last episode? If you missed it, we have a full and detailed recap right here for you.

On tonight’s episode as per the FOX synopsis, “Jennifer, Keith and Harry press on as they travel the country to find the next big name in music.”

American Idol was back in Denver on tonight’s all new episode. Although it seems like their venue might have overbooked itself. Ryan Seacrest had been talking to the first act of the night and he had told them about how he had just found out they were going to be sharing the same space with BeerFest. So he did kind of give them an idea about what to do if they didn’t make it to the Hollywood Round.

However Amber Lynn and James VIII from Utah hadn’t had to worry about that. First she sang Allen Stone “Unaware” while he played guitar. And in spite of the fact he had rushed through the song – the judges did say the bottom line was – Amber could sing.

And funnily enough so could James VIII. He went on to sing a John Legend song after Amber had finished and the judges ended up liking him as well. So both Amber and James are going to Hollywood.

But Emily Wears who was a likable auctioneer from Iowa is not going to Hollywood. The judges met her and they liked her as a person. But as a singer, they said she just wasn’t strong enough for them. And that did disappoint her because she says she’s usually always been good at everything she’s ever tried.

Yet she must have met her match. Meanwhile Chris “CJ” Johnson who sang professionally in Memphis had much better luck with the judges. He chose a Hall and Oates song and that ended up resonating with the judges who just ate it up. So they had no problem with saying yes to him.

Although they did have a problem with saying no to baby-face Ethan Kuntz from Arkansas. Ethan’s heart and soul was in Blues and Southern Rock but some felt the show wouldn’t be the right platform for him seeing as the contestants have to be able to mix it up. Therefore, the judges were torn. Harry and JLo were at odd over what they should do with Ethan.

And Keith had to be the deciding vote. So Keith decided they should take the risk and that meant Ethan got a golden ticket.

Though Ethan wasn’t the only time the judges had a disagreement. Mary Williams from Tennessee had also stumped them albeit for different reasons. Mary had sung a Tammy Wynette song and Keith felt like she could have done more with that particular song so he chose to say while his fellow judges ended up saying yes.

Now, after Ethan, the judges began to tire out. They had been up and about since that morning. And not even Ryan with his miniature oxygen tanks was helping. So Xavier Soller from Kansas turned out to be just what they needed.

Xavier was an in-game host and he kept the judges entertained with a round of basketballs. But his singing on the other again didn’t quite match their standards and he was sent on his way without a ticket to Hollywood.

Though Terrian from Memphis who had talked with the judges a little about her rough upbringing did make it to the Hollywood round. And so now she doesn’t have to worry about being a mere block away from her neighborhood gang.

But Blue the self-described singing nomad had been a waste of time. She had been a sweet girl but she didn’t have the chops for American Idol and it did look like she tried out on a lark.

So Little Rock didn’t get to start off on the right note. However, Thomas Stringfellow from Arizona who had an amazing name as well as singing voice proved that great things could come from small packages. He had chosen to sing an Ed Sheeran song and yet Thomas decided to mix it up a bit. In a way that made the song sound like it was an original.

Naturally Thomas was awarded for this with a golden ticket to Hollywood but boy was it hard to follow his act.

Tywan “Tank” Jackson from Ohio was a dancer and his passion did seem to be in his dancing. Yet Tank surprised the judges. He actually could sing as well as dance and he made into the Hollywood round.

Following Tank though was John Wayne from Utah was a flight instructor in the Marine Corps. And he had first tried out for American Idol in Season 10 without making it through. So he came back because it was the final season and he thought “might as well”.

Which was kind of funny because he did make it through to the Hollywood round on tonight’s episode. And that meant he’s wasted five perfectly good seasons.

But Leah Harbert from New Mexico was simple not ready for try-outs. She had gotten in front of the judges and while she was doing something completely weird with her mouth – she also sounded a lot like a Britney Spears impersonator rather than like her own person. And she wasn’t even the best at impersonation.

So, no surprise, the judges didn’t wait for her to finish her song. They wished for sweet release just as much everyone else did at home. And they told her they were sorry but they weren’t.

For every Leah they hurried through the doors, there was a Jordyn. Namely Jordyn Simone from good ole California who could hit the high notes. And not appear tired or fazed in the slightest. So Jordyn got to make it to the next round.

And after Jordyn there was Jake Dillon. He was from Oklahoma and he was husband with two small children. So he sang “Danny’s song” for his audition and though the judges had their critiques – they really liked him and decided to let him through.

Then Ashley Lilinoe from Hawaii was up and she was another one that left the judges divided. The guys were feeling her vibe and so they were prepared to say yes but Jennifer said she could have done with a little bit more from Ashley. But a 2-1 did get Ashley her golden ticket in the end.

And after Ashley there was Andrew. Andrew had been born in New York but his family immigrated to Moscow when he was young so he says he’s from Moscow now. But as it turns out he’s been a fan of American Idol since he was little. And it had always been a dream of his to try-out.

Although he did more than try-out. He in fact made it through onto the next round and he’ll be one of the face we’ll see in Hollywood.

Yet the last act of the night had been Elvie Shane from Kentucky. Elvie had wanted to sing House of the Rising Song and admittedly that song can be a tad ambitious. However, Elvie was more than up to the task of giving the song its proper due and he blew the judges away with his rendition. So Elvie is going to Hollywood with the others.