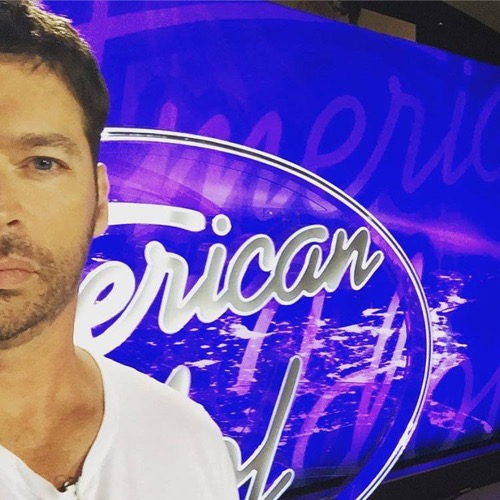 It’s another exciting night of AMERICAN IDOL on FOX with an all new Wednesday January 20, season 15 episode 5 called “Auditions #5” and we have your weekly recap below. On tonight’s episode, auditions continue in the final week of auditions and that means, this week the final Golden Ticket will be handed out on American Idol, forever!”

On the last episode, Ryan and the judges continued their search as they travel the country in hopes of finding the next big thing. Did you watch the last episode? If you missed it, we have a full and detailed recap right here for you.

#AmericanIdol starts in Little Rock with a girl named Miranda Poh Scott whose sister auditioned for AI last season. Her sister Shi made top 24 last year. She sings Fairy Tale by Sarah Bareilles. Harry says he liked what she sang and says she shouldn’t say she doesn’t know what she’s doing.

Jennifer likes it too. Keith says he likes the rasp in her voice. He says she’s a favorite. All three give her a yes and she gets the golden ticket. Amelia Eisnehauer gets stopped on the way in for trying to bring in her katana. She decides to leave it out of her audition.

Instead, she brings in her violin. Keith says they’ve never seen a fiddle player. She sings Many Rivers by Annie Lenox. It’s really nice and Jennifer says she has a strong voice. Harry says she has a mysterious quality. She gets three yeses and a golden ticket.

Next up is Joy Dove. She sings Jambalaya by Hank Williams. Harry says he likes her energy and spirit and says he likes loud singing. They all say yes and she gets her golden ticket. She is so excited and says they done messed up now.

The next singer is from Lafayette, Louisiana – his name is Mackenzie Bourg. He’s made a medley of songs of all three of them. He starts with Keith Urban’s Stupid Boy, then switches to Come By Me by Harry Connick Jr and finishes with JLo’s Love Don’t Cost a Thing.

He then goes to Making Memories of us Keith Urban and finishes. Harry says he’s smart to do that and says it was charming and he has a quiet thing that’s interesting. Jennifer says she likes the sound of his voice. Keith says he loves his voice. He gets a golden ticket too.

We see Andrew and Aaron Birdwell, brother from Cadillac, Michigan who are self-admitted nerds. They head in together. Are they joking? Awful. Flat, off key, everything. Keith says it was a Gregorian acid trip. Jennifer says no. They ask to sing another and she says no.

Next up is Jenna Renae who sings and plays the piano – she does She Don’t Love You by Eric Paslay. Harry says it was terrific and soulful. Jennifer says she’s a real performer. Keith says she doesn’t sound like she grew up on country but likes it. She gets three yeses and a ticket to LA.

Mario Bonds is up next – and he says he thinks music has healing powers. They’re in Philadelphia now. He’s blind and says he’s a sexy black boy from DC. He sings Natalie Cole’s Inseparable.

Jennifer says she liked parts of it but parts that were troublesome. Harry says he has a strong spirit but it’s not what he’s looking for. He’s upset and crying and the judges talk about how they hate they can’t tell people to come back next year.

Next up is a guy who auditioned in season 14. Adam Lasher does a samba vison of Knocking of Heaven’s Door. He wants to redeem himself from last season and says it’s his last chance to show the judges what he can do. J Lo says she likes him.

Harry says it was terrific. Keith says he likes his voice and he gets three yeses. He’s happy to have another golden ticket and a shot to make it in AI on Hollywood week. Former contestant Emily Brook is back – she’s 16 and tried out last year for season 14.

She went to Hollywood week but was eliminated after the House of Blues performance. Jennifer told her to come back. She says she’s back to show how hard she’s been working since last year. She does Careless by RaeLynn.

Keith says there was a lot of diversity today. J Lo shows off a toy horse on her way out. Harry says this year will be a fierce battle with different genres and performances styles.