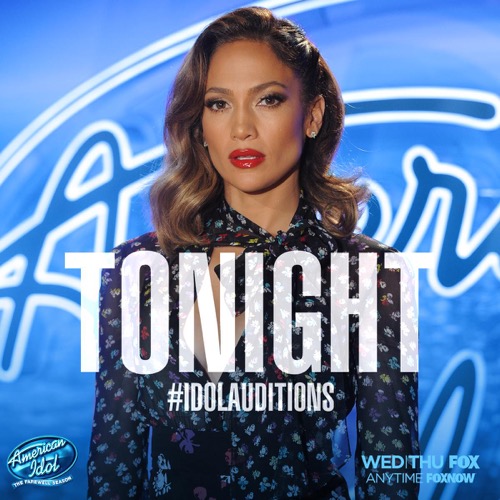 It’s another exciting night of AMERICAN IDOL on FOX with an all new Thursday January 21, season 15 episode 6 called “Auditions #6” and we have your weekly recap below. On tonight’s episode, the preliminary auditions come to a close in Philadelphia and San Francisco.

On the last episode, each city put its best foot forward as the judges searched America for the 15th and final AMERICAN IDOL for the final week of auditions, we went back to cities we’ve already seen before in this season; Philadelphia and San Francisco tonight. Did you watch the last episode? If you missed it, we have a full and detailed recap right here for you.

On tonight’s episode as per the FOX synopsis, “Ryan and the judges search for the best of the best as they make their last stop on the road. Don’t miss the final round of auditions in Philadelphia and San Francisco.”

The judges were just travelling all over on tonight’s all new episode of “American Idol”. In fact, there were going to be hitting three main cities in hopes of finding talent and tonight they had to travel from Atlanta to Philadelphia to San Francisco.

First up was Jessica Cabral. She had originally hailed from Brazil before her family moved to the states and the 21-year-old currently works as a worship music director. So Jessica ended up receiving two main praises from the judges. She was told that she had a beautiful voice and that more than anything she had a wonderful control over her ranger.

Therefore, she was the first to make it through.

And in San Francisco, Cody Ostrenga tried out. Cody was officially an Executive assistant from El, Paso Texas. Though the twenty-three-year-old also liked to ride horses at event shows in his spare time however he did not make it through with his rendition of a Tina Turner song.

But love was definitely in the air in San Francisco. Many young hopefuls had come with their partners and/or spouses. And it was basically couples from wall to wall. So next up had come with his girlfriend of seven years.

Brian Dale Brown was a twenty-seven-year-old from Bakersfield, California and he was also a cellphone salesman. And he made it through despite his somewhat theatrical performance in front of the judges.

After Melany, there was Rachell Karryn. She was twenty-years-old and she found music important enough to already see herself as a Musicia. But the young woman from Columbus, Ohio didn’t take the stage alone. She had her grandfather accompany her on the guitar.

Yet she wasn’t the only person to try such a thing. There had also been Bianca Espinal who was twenty-two-year- old Busker from Harlem, New York. And Bianca had her own father accompany her. Though Bianca staged fright almost ruined things for her.

And there had also been Caroline Bryne from Waldwick, New Jersey. Caroline was a twenty-five-year- old Pilates instructor and she had chosen to be accompanied by her brother.

However, all three of them had made it through to the Hollywood Cuts. And so having someone not only talented but also used to playing alongside them had obviously come in handy.

Now Justin Sullivan from Paramus, New Jersey was a student. And he was also twenty-two-years-old meaning his obsession with Kelly Clarkson started when he was very young. Though sadly he couldn’t follow in her footsteps. Nor was he the last to try to. There had another super fan but his performance had been laughable at best.

And following the Kelly Clarkson fans, there had been Chynna Sherrod. The sixteen-year-old student was from Bridgeport, Connecticut and she had wowed the judges with her rendition of Ariana Grande’s “One More Time”. So she was one of the lucky ones to make it through onto the next round.

Next up was Lillian Glanton from Athens, Alabama. She was only fifteen-years-old but she decided to sing an original piece for the judges. And it had kind of left them at a draw. Harry hadn’t liked it but the others had so he had ended up getting outvoted.

And for a while, most of the performances in Atlanta had been much like Lillian’s. Where there had to be a vote because the judges continued to not be on the same page. So that didn’t necessarily change until Kayce Haynes.

Kayce was from Talladega, Alabama and the twenty-three-year-old was set on making it in music. He had been a musician for quite some time but his early years had been plagued by drugs. And therefore it had hampered his success in the past.

But Kayce has moved past that now and he’s been sober long enough to want to try again. And thankfully the judges were able to see his talent for themselves which is why he made it through to the next round.

Although there was a special occasion when they were in Atlanta. Harry had his birthday there and as a surprise the crew had gifted a finger monkey. Earlier he had been talking about owning one because both he and his daughter thought it would be cool but the crew had actually bought him one. And it had freaked out J.Lo.

As far as she was concerned, those things were practically rodents. And she had begged Harry not to bring it into the room with them while they were judging.

So following that special time, the judges met Zach Person. Zach was an eighteen-year-old musician from Houston, Texas. And he had wanted to show off his guitar skills. Which to be honest had impressed the judges and therefore he made it through onto the next round.

Yet there was nothing but good luck back in San Francisco, first up there was Colette Lush and she was a nineteen-year-old nanny from the OC. And she was a ginger trying to bring about the ginger movement in California.

Although the most important thing there was about Colette was that she knew how to sing and so she had been the first in a serious of “yesses” that followed.

Avalon Young had gone up after Colette and she was a twenty-one-year-old sever from San Diego, California. And she admittedly was a tomboy but she said the way she dresses shouldn’t be what she was judged on. It should only be her music and it turns out the judges agreed with her. They believed she was talented and gave her a golden ticket.

And there had been Usen Isong who was a twenty-three-years-old he was a background actor from Queens, New York. He ended up being a singer/ dancer and he too had impressed the judges. So he had been another yes.

Then there was Jaci Butler who was nineteen-year-old musician from Rowelett, Texas. And though her main genre seemed a bit hardcore, she certainly had the talent to sing in whatever genre she wished to. Thus she had been given a golden ticket to carry onto the next round.

And following Jack, there was Stephany Negrete. Stephany was a twenty-one-year-old student from San Diego. But while J.Lo felt like she still needed to work some more on her singing, she was still the one that had handed over a golden ticket to Stephany.

However, it had been unanimous decision when it came to Manny Torres. Manny was a twenty-year-old worship leader from Flushing Michigan and all the judges had just loved too much to say no. So Manny and many others are going to Hollywood and hopefully they’ll still impress the judges while they are there.