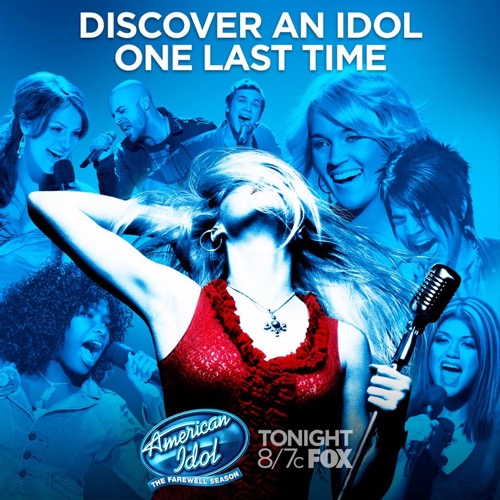 Tonight another exciting season of AMERICAN IDOL returns on FOX with an all new Wednesday January 6, season 15 premiere called “Auditions #1” and we have your weekly recap below. On tonight’s episode, part 1 of 2. The 15th and final season kicks off with auditions in Denver and Atlanta.

On the last season 14 finale, the moment America had been waiting for had finally arrived! The votes were in and it all counted down to the Season Finale, when the next AMERICAN IDOL was finally crowned! There were special appearances by: Steven Tyler; Vance Joy; Nile Rodgers; Janelle Monae; Echosmith; Pitbull; Jamie Foxx; the Jacksons; Fall Out Boy; New Kids on the Block; Ricky Martin. Did you watch the last episode? If you missed it, we have a full and detailed recap right here for you.

On tonight’s episode as per the FOX synopsis, “everyone’s favorite singing competition returns for its highly anticipated 15th and farewell season. The fun begins when host Ryan Seacrest and returning judges Jennifer Lopez, Keith Urban and Harry Connick, Jr. travel to Denver and Atlanta, to discover the city’s best talent. This season promises to deliver the most talented group of singers yet and, as always, it’s up to the viewers to root and vote for their favorite contestants, ultimately crowning the next AMERICAN IDOL. Don’t miss the auditions from Denver and Atlanta”

Tonight’s show is going to be an exciting one, which I’m not going to miss and neither should you. Tune in tonight at 8 PM EST! Celeb Dirty Laundry is your go to place for all the up-to-date American Idol News and we’ll be recapping the final season right here for you. Hit up the comments and let us know your thoughts on season 15.

Jennifer Lopez said something very ambitious on tonight’s season premiere. She said if this was going to be the end of Idol then at the very most they were going to end on a high.

So fingers were crossed because after fourteen seasons and the rise of some notable careers, American Idol was coming to end. And Seasons Fifteen was going to be the last shot many hopefuls in America had at making it big. Especially as no one ever quite hears what happens to the winners over on “the Voice”.

But, just as this was huge to the many people trying out, the judges were also nervous. Thus they were pleasantly surprised when they got to hear from Michelle Marie first on their Atlanta stop. Michelle Marie was from Daytona Beach, Florida and she was fifteen. And apparently Michelle had been waiting to try-out since she was four.

She literally grew up with the show and so the judges were hoping best for her. Although she didn’t need it. Michelle got up and sang “Blue” by Leanne Rimes and the judges loved her.

And continuing with a country theme, Josiah Siska from Dacula, Georgia was up next right after Michelle. Though he will probably be remembered for his particularly deep voice because when he sang “Ghost Riders” by Johnny Cash – Harry couldn’t help but join in. By being the lovable nerd he is.

However, neither Marie’s nor Josiah’s performance could compare to the moment the heard from Lindita. Lindita was from Kosvo and she had lost a good 150 pounds in preparation of the try-outs but she stood out to the judges with her very first note. If fact it safe to say she astonished both J.Lo and Keith urban with her rendition of “This Is A Man’s World”.

They had actually been overheard saying “I wasn’t expecting that”.

But not everyone was going to be getting the golden ticket on tonight’s episode. And I for one took it hard when Billy Bob from Punta Gorda, Florida was denied a ticket to Hollywood. Even though the Waylon Jennings was complexly unrecognizable.

Anyways Billy Bob was a likable guy and clearly the music mattered to him but his fault lied in his pitch. His pitch was simply all over the place. And when the singing isn’t strong enough then the rest just doesn’t matter.

And after Billy Bob missed out, Lee Jean from Bluffon, South Carolina followed with an interesting take on Ed Sheeran’s “I See Fire”.

Now Lee Jean was young but he understood pitch if not timing. So in actuality the judges overlooked some flaws with him and they did that because they had seen potential. And hopefully that potential pans out in Hollywood because he was of the one lucky ones.

And for that matter so was Jeneve Rose Mitchell. Jeneve lives off the grid as in she lives without electricity but for special occasions such as when American Idol is on – her parents gear up the generator. And they watch the show all together.

However, Jenever wasn’t going to be a sad case. She had talent and she had rhythm. She also still needed work in fine tuning her talent but again the judges saw potential. And they enjoyed her originality with her folk music.

Joseph was a kid yet he seemed to think he was lot more talented that he was. So it came as huge shock to a teenager who thought he could sing anything that he could not in fact sing. He tried to be contemporary and throw a little opera soprano in there. And it came across as if he couldn’t hold a note because he was burping.

He wasn’t burping but that’s how it sounded. And that wasn’t even the worst one the judges heard – there was also some yodeling from an unexpected source. As well as someone getting handcuffed.

Though the handcuffs weren’t because of the bad singing. No, that was just the judges goofing around with a policewoman from Hobbs, New Mexico.

Reanna Molinaro actually staged a mock fight with both Keith and Harry. And it ended with her handcuffing Harry in the end. But he came to regret that because that meant he couldn’t applaud her after she finish singing a Patsy Cline song.

Yet the biggest surprise of the night was when the judges ran into not one but several familiar faces from their past. Shevonne Philidoor from Tampa, Florida was one of those faces. She had tried out at least six times in the past and before she had always let her nerves affect her.

So Shevonne pretty much knew this was it. Her final chance to impress the judges and gain her golden ticket. And fortunately for her she didn’t throw that chance away.

However, many came to the auditions with a good luck charm. They came with their kids and their adorable cute babies. And the charm didn’t always work.

Jordan and Alex Sasser are a married couple and they came to the audition with their young baby daughter. But while Jordan did well for himself, Alex did not receive a golden ticket. Instead she had been told that her family was distracting and so she ended up slightly angry at her husband because he had been dancing with their daughter when it was her turn to sing.

So she had a bit upset by that and after they left the judges – her husband and the rest of her family had done their best to assure her that she really could sing and that’ll eventually she’ll get her chance to prove it.

But Joshua Wicker didn’t have to worry about that. He had gone up and sang Rihanna’s “Stay” and he did the one thing that the judges were looking for. He made the song sound like he had written it. And it that originality that won him his golden ticket.

Though he was present when his daughter was born in the following weeks.

And Kerry Courtney from St. Petersburg, Florida was also pretty good. His look was kind of out there because the whole mustache things hasn’t really been seen in a while. But, again, he showed a unique take on his song selection.

Though you know what was not unique, people running up to the judges and trying to create a personal connection. There was the time a girl saw the back of Keith’s head and burst into tears. And there was also another young woman who shared the same vocal coach as Keith Urban.

But not matter what they did or said, these little stories weren’t enough to carry them because only talent was going to prevail.

Like Shelbie Z’s from Sumiton, Alabama. She got up and sang a Carrie Underwood song. And the judges loved her as well as her personality. Without any added fuss.

Yet speaking of fuss, guess who surprised the judges by audition. Kanye West! Kanye went out onstage to the shock of the judges and he gave them yeezy to win himself a golden ticket.