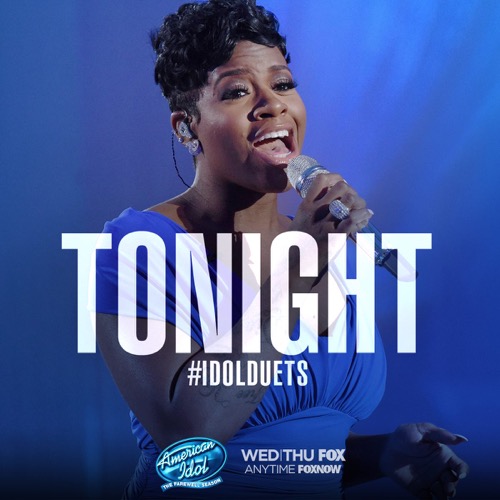 It’s another exciting night of American Idol on FOX with an all new Thursday February 11, season 15 episode 12 called “Showcase Week #2 Judges Vote” and we have your weekly recap below. On tonight’s episode, the judges vote on who will advance in the competition. Former contestants return to mentor and perform with the singers.

On the last episode, the Top 24 had been chosen, and now it was time for the contestants to show the judges that they were here to stay and performed in hopes of earning their spot.Did you watch the last episode? If you missed it, we have a full and detailed recap right here for you.

On tonight’s episode as per the FOX synopsis, “favorite former IDOLS will return to mentor and sing with the contestants. Then, after giving it their all, the first round of performers will find out who will make the cut. The judges vote on who will stay in the competition to become the next.”

Returning American Idol Alumni were shown at their finest on tonight’s all new episode. Apparently the judges were looking for the best collaboration out of the remaining contestants so they decided to pair them up with people that know exactly what they’re doing. And there were a few of the contestants that were able to rise to the occasion.

But Emily Brooke wasn’t one of them. Emily was paired with Lauren Alaina and the ladies were able to hit it off backstage. So at first it  seemed like they were in tune with each other but Emily was not able to pull off “Flat on the Floor” by Carrie Underwood like Lauren could.

Lauren was obviously the experience singer and compared to her, the judges felt like Emily had sounded overproduced. As if she had been struggling to sing a song that was not necessarily the right fit for her.

And unfortunately Thomas Stringfellow got the same critique. He was paired with Nick Fradiani and together they chose to sing “Man in the Mirror” by Michael Jackson. Which happens to be a personal favorite but even to the untrained ear Thomas sounded as if he was struggling.

The judges felt that he had sounded that way because of the song selection. It’s pretty hard to do a Michael Jackson song and sound unique. Or in this case even like yourself but the judges still liked Thomas enough to say that he could have done better if it was a different song.

The first contestant to actually impress the judges is Stephany Negrette. Now Stephany had gotten truly lucky. She was paired with Ruben Studdard and no one does silky baritones like Ruben so together they performed “Superstars” by the Carpenters (though that song is more commonly linked to just Luther Vandross).

And here’s the thing about that song, when its performed exceptionally well then it doesn’t matter if there had been some note issues. All anyone will recall is that they enjoyed the performance so the judges let a lot slide for those two but they ultimately felt like it had been worth it.

Sonika Vaid hadn’t gotten off as lucky. She was paired with Caleb Johnson and they  performed “Skyfall” by Adele which as we know is supposed to be sung with a certain level of confidence but sadly that’s what Sonika was lacking.

She had been nervous and it didn’t seem like she could control her jitters or even turn it into something amusing (for the audience if not the judges). And her voice had wobbled. Which was really unfortunate because it made the final product sound a tad karokee.

Though Jenna Renae on the other hand was given the tougher challenge. She had to sing “See You Tonight” by Scotty McCreery with Scotty McCreery. And so it would have been hard for her to keep with the original singer when technically she was supposed to harmonize with his voice. Yet she surprised everyone by doing so.

Jenna had managed to hold her own alongside Scotty and she had been just as nervous as Sonika. But what Jenna was able to do differently was take her nerves and seriously fan out onstage. It was like she was rivaling the sun with her smile because she was so incredibly happy.

And while the judges hadn’t been overawed by her performance, Jenna was one of the lucky few to escape their notice without being dressed down.

But where everyone else received good or ok reviews, La’Porsha and Fantasia as a combination managed to steal the show. The two had equally strong voices so you might have thought they would have chosen something more along the diva type song. And the ladies hadn’t gone down that path.

Instead they had “Summertime” by Ella Fitzgerald which isn’t a song that a lot of people are familiar with yet ask the audience if they’ll remember that song after the ladies’ rendition.

It was absolutely beautiful and the judges had found the entire performance to be an experience. A “once in a lifetime but I would really wish for it to happen again” experience. So La’Porsha walked away with the most glowing review.

But Mackenzie Bourg had surprised the judges with how bad his performance had been. He had been paired with Lauren Alaina and somehow he had been convinced to do “I Hope You Dance” by Lee Anne Womack with her.

And the song didn’t suit him. It suited Lauren who was able to hit all those wonderful high notes but it made Mackenzie look ill-prepared next to her. He was literally standing near her and didn’t see all the cues she was sending so he ignored the part where she tried to hold his hand and accidentally swung her off.

So their chemistry had been off and that coupled with the fact she drowned him out had made tonight’s performance possibly his worst.

And the judges parting words to Mackenzie had been “thank god you did better on your last performance”! So maybe the performance they’re speaking of will be enough to save Mackenzie but there’s also the chance the judges will decide he’s gone as far as he could.

However, Ruben had once again shown the judges that he could collaborate well with others. He had later been paired with Avalon Young and the two made beautiful music together. He hadn’t left her vocally behind and she was able to show another side of herself to the judges.

Ruben and Avalon had chosen one of his songs and she was able to keep up with him on “Flying Without Wings”.

And in that sense, Nick Fradiani had gotten his first win of the night when he was eventually paired with Gianna Isabella who chose to do his song “Beautiful Life” with him.

The two obviously enjoyed themselves up on the stage together and they had even got the audience to rock out with them. So, you know what, they had fun and that created a great atmosphere that the judges came to love. And therefore, the judges ended up loving the performance as well.

And though its party to hold the same stage as Caleb, especially doing a rock song, James VIII put up a valiant effort. He and Caleb had collaborated on “Gimme Shelter” by The Rolling Stones and James had held his own. Which is actually a lot harder than it sounds.

For one, he couldn’t out-sing Caleb but he couldn’t undersell it either. So James had to find a way that showcased himself without making him look like part of the band who was finally having a moment. And to his credit, James VIII did that.

Yet our favorite country girl, Jeneve Rose Mitchell, had a rare off night. She had been paired with Scotty and so the audience had been looking forward to some good country music. And while they have may have “Gone” by Montgomery Gentry – it came back to bite Jeneve.

The judges you see had thought something was off and so all they could talk about was how performance felt weird to them. As if missing something but they couldn’t exactly put a word to it. So right about then was when the audience began to boo the judges.

Although it did seem like they were gunning for Keith in particular!

Though the came at Keith again for what he said about Jordan Sasser. Jordan had been paired with Fantasia and they had chosen her song “I Believe”. So naturally she did great with her song but Keith had told Jordan that he sounded uneven as he tried to match Fantasia.

Plus, he had given Jordan some advice. He had told the other man that he could try centering himself and I was not alone in being confused. But we all tried to look past the moment and would have finished moving on when the judges announced the people that were safe for the night.

Now they could have saved anyone but when they grouped Jeneve and Thomas in with Mackenzie, Sonika, Avalon, Gianna – that’s when we have a problem.

Emily, Stephany, Jenna, James and Jordan have been eliminated on tonight’s episode of “American Idol” and its begs the question why some were allowed passes for the night but others got eliminated?