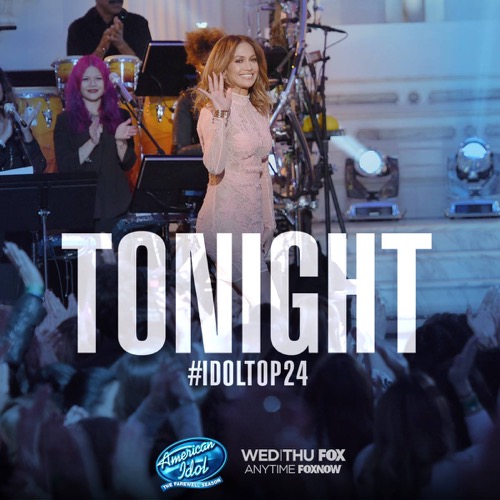 It’s another exciting night of American Idol on FOX with an all new Wednesday February 10, season 15 episode 11 called “Showcase Week #1” and we have your weekly recap below. On tonight’s episode, the showcases kick off with 12 of the Top 24 performing.

And in order to do that they had to pick the best of the best. No pity picks and yet strong enough performers who clearly want this. Did you watch the last episode? If you missed it, we have a full and detailed recap right here for you.

On tonight’s episode as per the FOX synopsis, “The Top 24 have been chosen, and now it’s time for the contestants to show the judges that they are here to stay. Twelve of the Top 24 perform in hopes of earning their spot. Find out who will make the cut.”

#AmericanIdol starts with Ryan saying the #IdolTop24 will compete and this week we’ll see Idol duets with former Idol stars. Ryan says tomorrow night, five will be cut. Harry says the solos are critical since it lets them know how they do and says duets are important to a singer’s career as well.

He says duets are a good gauge. Keith says song choice, performance and making a connection is critical. First is Stephany Negrete, who talks about how she loves foreign languages and wants to learn more. She does Jessie J’s Mamma Knows Best.

Stephany finishes and Keith says she looked fantastic and says she could have loosened up more. Jennifer says she’s the whole package but advises more connection with the lyrics. Harry agrees and says he felt something was missing.

Mackenzie Bourg is next, and he talks about liking foreign rap songs. He does Say Something by A Great Big World. Jennifer says it was very natural and did his thing. Harry says he liked that he changed the melody but kept the integrity of the song. Keith says he believed it all and good song choice.

Country girl Jeneve Mitchell is next, and she talks about living off the grid without electricity. She does Angel by Sarah McLachlan. She plays the harp and sings. Harry says he would have rather seen her without the harp. Keith says she’s the real deal and says she’s extraordinary.

Jennifer says she wasn’t sure about her and says but when she saw her sing that, she got goosebumps and says it’s beautiful. Next is Jenna Renae who talks about how fast she learned song lyrics as a kid and how it got her home schooled.

Jenna does My Church by Maren Morris, and Keith is thrilled with the country song choice. She has a huge voice. Keith says it was a good song for her and wants to hear her other sides. Jennifer says good job. Harry says he liked the energy but says it felt a bit shouty and pitchy and he gets booed.

Next is James VIII talking about Boy Scouts and how his parents bribed him to get his Eagle Scout rank. He does Kanye’s Love Lockdown. Don’t care for Kanye but the kid killed the song. Jennifer says it was an interesting song choice to do that you.

She says it didn’t grab her the way it could have, and she gets booed. Harry says he’s fun and talented, but the song was super easy and says it needs to be more complex. He gets booed too. Harry says the crowd is feisty. Keith says don’t be indulgent and come out and kill it.

Next is Sonika Vaid, who talks about collecting sheet music. She does Taylor Swift’s Safe & Sound. Harry says it was a good job and very emotional. He says it was powerful. Keith says he loved the sound and says her voice is so good.

Jennifer says her voice is beautiful and says choose songs that make you feel something and make your heart sing. Gianna Isabella talks about how she’s a bookworm and loves horror books. She does the classic I Put a Spell On You by Jay Hawkins.

Keith says her voice is undeniable, and she can really sing but says it was a little inconsistent, and there’s more to come. Jennifer says the voice is so real and Harry agrees. He says she knows when to hit big notes then says she needs to challenge herself to find more meat in the songs. Jennifer says she has the best voice in the competition.

Next is Emily Brooke, who is a super fan girl and shows off her autographed guitar. She does I Am Invincible by Cassidee Pope. She seems off key from the start. Jennifer says she likes her, but that wasn’t the best song for her and says the lower part of her range is not the best.

She says when they’re making huge cuts, she needs to play to her strengths. Harry says she struggled with her pitch, and he didn’t feel it and says maybe it’s an off night. Keith says he liked that she was exploring more of her artistry but agrees it was off.

Next is Avalon Young, who says she’s a skater chick who doesn’t wear makeup and isn’t a girly girl. She does Justin Bieber’s Love Yourself – she’s in a hoodie, jeans, and kicks with no makeup. You have to give her credit for not caving and going glam.

Harry says she’s the most in tune with who she is but suggests she modulated up the last chorus and says it’s strong. Keith says take charge and tell the band if she wants something else. Jennifer says she had the crowd in the palm of her hand and chose a song everyone knows and loves.

Next is Jordan Sasser, who is a turtle lover and talks about how much he loves them. He’s singing Celine Dion’s All By Myself – they announced it that way, but it’s really Eric Carmen’s song she just covered it. His voice seems tremulous and a bit thin. It seems like he’s reaching.

The crowd digs it. Keith says he can sing but says it was theatrical. Jennifer says she was thinking about his voice. Harry says that was too showy and says he didn’t need all that and just needs to sing the song and says it didn’t work for him.

Thomas Stringfellow talks about how he’s good at speaking Pig Latin. He does Radiohead’s Creep. Jennifer says she liked that and how he played with his voice and pushed the envelope. She says his emotion fills the room, and it’s a nice thing with the audience.

Harry says he thought it was tremendous and really strong. He says when he did yell, it was his frustration showing from the lyrics. He says he was aware, and it was great. Keith says he loves his natural way of performing and says it’s compelling the way he abandons himself.

La’Porsha Renae says she loves film scores and then she does Tina Turner’s Proud Mary. She killed it with that big voice of hers. Harry says she will make other competitors get better or make them want to quit after this. He says she’s captivating and won’t even critique it.

Keith says a hard part is when you get feedback for what you do well and says she is beautiful and is a portal for her gift. Jennifer says it’s a joy to listen to her sing and says she dreams about voices like hers. She says it’s amazing, and she thinks she’ll get stronger.