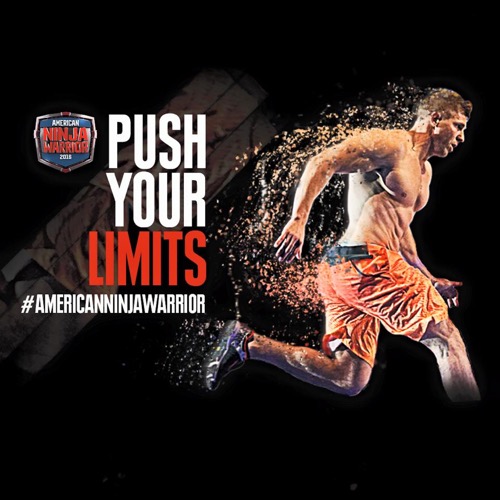 American Ninja Warrior, NBC’s obstacle course competition airs tonight with an all Wednesday, June 8 season 8 episode 2 called “Atlanta Qualifier,” and we’ve got your recap down below! On tonight’s episode, the competitors in Atlanta tackle six obstacles, including the Floating Steps, Block Run and Pipe Fitter.

On the last episode, the heart-racing obstacle course competition series “American Ninja Warrior” premiered for its eighth season. Did you watch last week’s episode? If you missed it we have a full and detailed recap, right here for you.

Tonight’s episode looks like it is going to be great and you won’t want to miss it, so be sure to tune in for our coverage of NBC’s American Ninja Warrior at 8:00 PM EST! While you wait for our recap hit the comments and let us know how excited you are about the show so far.

#AmericanNinjaWarrior is in Atlanta tonight for the city qualifier. There are three new obstacles tonight. Block Run is tumbling blocks and Pipefitter is a series of four pipes and the Warped Wall is 14 and a half feet tall now.

Now the Block Run and he barely gets past it. Wow. Now it’s the Spin Cycle. He does that too. Now he’ll be first to face Pipefitter. That’s the one that takes him down. But he hung on longer than anyone thought he would.

Now we see Michelle Velez, also from North Carolina. She’s a single mom and the first woman in the ATL qualifier. She makes it past the steps but the Big Dipper took her out and she took a big tumble because her grip was wrong.

Now is a lightweight guy, Bootie Cochran, from South Carolina. He weighs just over 110 pounds. He ran last year as well. He smashes the steps and glides right through the Big Dipper. A balance obstacle took him out last year but he beats the Block Run with ease.

He gets past the Spin Cycle too and now it’s the Pipefitter. He struggles to make the transition between the two middle pipes. He can’t get onto the final pipe and finally goes down. It was a good run though aided by his low body weight.

On the break, Jonathan Sharp Brown is a walk on but fell on the steps. James Bartholomew crashed on the Big Dipper and Casidy Marks fell off the course on the Spin Cycle. Next up is Ralph Cordero, the Colossal Ninja. He struggles past the steps but his weight was too much for the Big Dipper.

Steven Brickhouse from Orlando is a baggage handler – his dad is wheelchair bound and his inspiration. The rookie makes it past the Floating Steps and he barely makes it past the Dipper but saves the dismount and moves on but the blocks take him out.

Another female runs next – Erica Cook from Gainesville, FL is a tiny five feet tall and mega athlete. She’s run before and has made it up the Warped Wall before when she was on Team Ninja Warrior. She kills the Floating Steps and moves on.

She sails through the Big Dipper and heads to Block Run and trips her way through it. Now it’s Spin Cycle and she builds momentum but doesn’t have the wing span to make it to the third hoop. She had a good time though.

Next is walk-on Casey Suchocki from Alabama who has his grandpa there that raised him. He waited three weeks in line. He clears everything through the blocks easily and heads onto the Spin Cycle. He clears that too. Now he’ll face Pipefitter.

He makes the transition and dismounts. Now it’s just the new taller Warped Wall. He grabs the wall, winks and slaps the buzzer. The walk-on college student is the first finisher of the night. He thanks his grandfather.

Three more ran on the break. Corey Hammond fell on the Big Dipper. Bekah Heaton also went down on the Dipper and Dan Dobek fell back off the Dipper platform. Dentist Rodolfo Bugos is up next and he’s a dentist to special needs patients.

He makes it through the first four obstacles but gets hung up on the middle transition on Pipefitter. Rodolfo runs the Warped Wall and slides on his first two tries. He dries his shoes but still slips again and fails to complete the course.

On the break, Alicia Nimmo fell on the Big Dipper, Nathan Klingensmith went down on the Spin Cycle and then Calle Alexander fell on the Pipefitter. Next up is lawyer from Virginia Mike Chick. He calls himself the #NinjaLawyer and says he’s going to lay down the law.

Mike makes it past the Floating Steps, Dipper and runs past the blocks at top speed. He gets past the Spin Cycle and tackles the Pipefitter. He beats and now faces the taller Wall and runs right up it to be the second finisher of the night.

Ronald Washington is a Fish and Wildlife officer from Florida. He makes it all the way to Spin Cycle but a foot lands in the water and that will take him out.

Spencer Wyckoff is up next and he takes care of his sister who has Muscular Dystrophy. He ran his first obstacle course with his sister Carden on his back. He struggles a bit on the Floating Steps. He moves on to the Big Dipper.

He makes it past the blocks by hopping past the first few and heads to Spin Cycle. He lands easily and heads to Pipefitter. He loses his grip on the transition and goes down but his sister is there cheering anyway.

Veteran Neil “crazy” Craver is up next and he hops the steps fast and slides right through the Big Dipper and sails across the blocks. He moves through the Spin Cycle so fast and then up the first part of Pipefitter. He is sailing through and now faces the Warped Wall.

On the break, three veterans ran. Jonathan Ruiz got hit in the head on the Pipefitter but still made the wall and hit the buzzer. Travis Rosen fell hard on the Spin Cycle dismount but still finished and made it up the wall for a seventh time.

Then Shaun Murray fell hard on the Big Dipper shocking everyone. Next is Mack Roesch who is wearing a crown and calls himself the king of obstacles. He’s tried to get on the show for four years. He wears his crown as he runs.

Mack runs the steps but almost falls on the Big Dipper and runs the blocks fast. Now it’s the Spin Cycle. He lands that too and moves on to Pipe Fitter. He makes a mad transition and then moves to the last leg. He’s also going fast too.

He runs up the Wall and finishes at just under 2:30 which should put him in second place (maybe third). Jojo Bynum ran on the break and slapped the button for a third straight year. Brothers Lucas and Alexio Gomes both finished the course.

Josh Phillips is next and the former workaholic changes his life, saved his marriage and made training for Ninja Warrior part of family time. The #FamilyNinja makes it past the first two obstacles easily and trips through the blocks.

Now Josh is on the Spin Cycle and lands that too. He moves on to the Pipefitter but can’t make the transition in the middle and falls for a big splash as he can’t move to the higher second pipe in the middle of the obstacle.

Up next is another female competitor Brittany Reid from Colorado. She’s a daredevil lover, Army brat and tough gal. She gets past the steps and moves on. She beats the Big Dipper and moves on to the Blocks and past them.

Now it’s the Spin Cycle. She struggles on the first but then makes the transition and is on the third. She makes the dismount and that makes her the first woman to complete that obstacle and moves her farthest long.

She’s on the Pipefitter now. Her arms seem to be wearing out as she struggles to move along the second pipe. She can’t hang on and splashes down but still had a really good run – she beat all the other women and a bunch of the men too.

Next up is Kenneth Niemitalo and we see a look at his little baby that was born with kidney problems and they lived at the hospital while her health struggled. The poor little girl still needs a kidney transplant. He makes it past the first two and past Block Run.

He’s working on the Pipefitter and tries a new technique to make the transition and kills it. He slides down and dismounts and now it’s just Kenneth vs the taller Wall. He easily runs up it and slaps the button at 2:30 which will put him in the top three.

Next up is dairy farmer Caleb Watson from Tennessee. The country strong ninja makes it past the steps and then moves on to the Big Dipper and past it and through Block Run. Now he’s on Spin Cycle and just powers right through it – he’s moving so fast.

Now he’s on Pipefitter and is going strong. He is going to be close to the fastest time if he doesn’t beat it. He runs the Wall and slaps the button at 1:29:59 to claim the best time of the night by less than a second putting him at the top of the leaderboard. The milkman really delivered.

Stuntman JJ Woods is a three year Vegas veteran back to run in Atlanta. He made it to stage two in Vegas last year. JJ stuns the crowd when he goes out on the Big Dipper because the bar got uneven and he couldn’t get the momentum he needed.

James McGrath and Drew Dreschel are the last two of the night and these roommates road tripped to Atlanta to compete. James will run first and The Beast powers through the first few fast and it’s no time at all before he’s on Pipefitter where he struggles.

He makes it down the last pipe then runs up the Wall and slaps the buzzer at 1:46. Drew Dreschel is the last run of the night. He kills the steps and barely touches the net on the Big Dipper and runs right past the blocks.

He’s on Spin Cycle and pounces past it and then he’s up the Pipefitter. He is trying to beat the fastest time. He runs hard and slaps the button at just under 1:20 to take the fastest time of the night away from the dairy farmer rookie. He lands it for the POM wonderful run of the night.

There were 27 finishers in Atlanta plus three more that we’ll see in the Atlanta city finals.