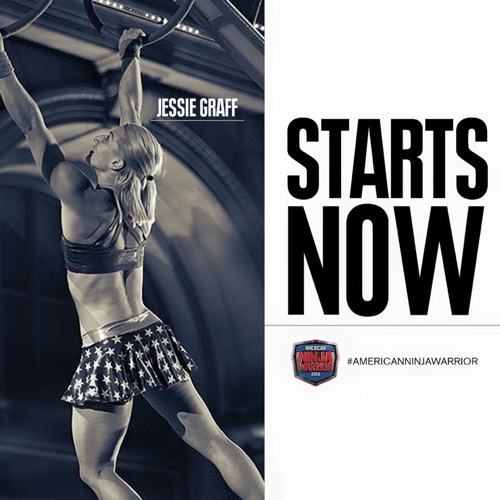 On the last episode, Philadelphia, PA hosted the last qualifying round where competitors tackled two new obstacles including, Wall Drop and Rolling Thunder. Did you watch last week’s episode? If you missed it we have a full and detailed American Ninja Warrior recap, right here for you.

On tonight’s episode per the NBC synopsis, “American Ninja Warrior” travels back to Universal Studios’ “New York Street” where the top 30 competitors from the Los Angeles Qualifier tackle the City Finals course. In addition to the obstacles from the City Qualifier, contestants will face the Salmon Ladder, The Wedge, Helix Hang and Invisible Ladder. Top competitors Kevin Bull, Grant McCartney and Jessie Graff will take on the course. Competitors will vie for a chance to compete in the Las Vegas finals, to win a cash prize of $1,000,000 and the title of “American Ninja Warrior.”

Tonight’s episode looks like it is going to be great and you won’t want to miss it, so be sure to tune in for our coverage of NBC’s American Ninja Warrior recap at 8:00 PM EST! While you wait for our recap hit the comments and let us know how excited you are about the show so far.

Tonight’s Los Angeles finals start off with the competitors battling it out on Tick Tock.  First up is Ben Antoine.  After a solid start, he loses his footing on the escalator.  Next up is Alan Connealy who is again defeated on the I-beam cross.  Scott Wilson is up next, becoming tonight’s first contestant to pass the I-beam cross, but is taken down by the salmon ladder.  Natalie Duran, tonight’s first female contestant, is knocked out in the second obstacle of the qualifying course.  The next competitor is Adam Rayl, the first contestant to battle, and be defeated by, the wedge.

During the break, both Liam Buell and Ben Melick were eliminated by the wedge.

Continuing tonight’s competition, Nicholas Coolridge, the only competitor to complete last year’s Venice finals, is yet another casualty of the wedge. Brian Kretsch returns after being injured last year but loses his footing on the escalator.

During the break, Jesse la Flair was eliminated by the salmon ladder, while Jonathan Cunanan and Jesse Cargil were both defeated by the wedge.

The wedge claimed two more victims during the break: both Jerod Warf and Ryan Robinson failed to hit the dismount.

Tonight’s competition continues with fan favorite Jessie Graff becoming the first contestant to complete the wedge. She is the first competitor to reach this year’s helix hang, making it more than halfway across before slipping off. Her impressive run guarantees her a spot in the Las Vegas finals.
Gabe Hurtado is next up after the break and, despite being defeated by the wedge, qualifies for the Las Vegas finals.

Nick Hanson takes his shot at the obstacle course next, qualifying for Las Vegas before failing to complete the wedge.

Six-year veteran Flip Rodriguez is next to tackle the obstacle course after revealing to the world the reason he wore a mask in past competitions: Rodriguez was a victim of childhood sexual abuse. His run on the obstacle ends when he unsuccessfully attempts to dismount from the wedge but his progress is enough to ensure that he will be competing again in Las Vegas. During the break Jackson Meyer and Justin Hillsten were both defeated by the wedge: Hillsten was able to qualify for the next round before

During the break Jackson Meyer and Justin Hillsten were both defeated by the wedge: Hillsten was able to qualify for the next round before falling on the dismount.

Tonight’s final contestant is Kevin Bull, who qualifies for Las Vegas before becoming another victim of the wedge.