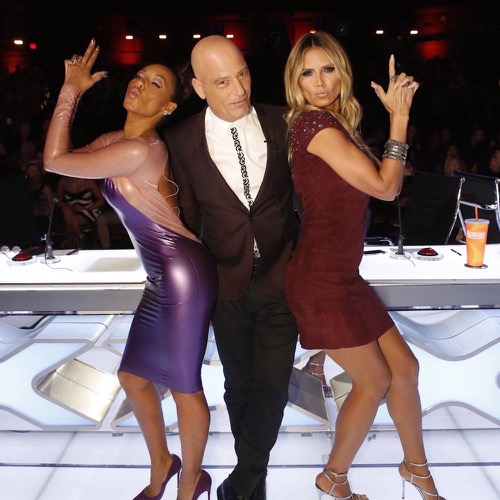 Tonight on NBC their reality talent show America’s Got Talent airs with an all new Tuesday, September 6, 2016, episode and we have your recap below.  On tonight’s America’s Got Talent Semi-Finals 2, the five remaining contestants Grace Vanderwaal, Sal Valentinetti, Jon Dorenbos, Tape Face and Laura Bretan continue into the finals and a new group of semi-finalists compete.

Did you watch last night’s episode where  eleven semi-finalists competed but only five received enough votes to continue on?  If you missed the episode we have a full and detailed America’s Got Talent recap from last night, right here!

On tonight’s episode as per the NBC synopsis, “LIVE SEMI-FINALS CONTINUE AT THE WORLD FAMOUS DOLBY THEATRE IN LOS ANGELES- Semi-finalists perform for a chance to win $1 million and be named the most talented act in America.”

Make sure to bookmark this spot and come back later for our America’s Got Talent recap. Refresh often so you get the most current info! While you wait for the episode head over and check out all our AGT spoilers, news, recaps & more!

On tonight’s episode of “America’s Got Talent: Semi Finals 2” eleven more contestants will compete for a chance to win one of the five remaining spots for the finals.

The first contestant to compete is Louis Tomlinson’s Golden Buzzer pick, Jayna Brown. Simon said that her performance was incredible and her best yet, Howie thought the song was beautiful, Mel B loved the performance and Heidi said Jayna improves every time the judges see her perform.

Next up is magician Kadan Bart Rockett and his sister Brooklyn. His act included making his entire group of classmates appear inside a box. Howie said the act was amazing, Mel B appreciated the magic, Heidi said it was an A+ performance, and Simon thought it was their best performance yet.

Singer Kadie Lynn is the next contestant to perform. Mel B said it was obvious she was nervous but did a good job, Heidi thought she did well, Simon said she nailed her performance and Howie said it was up to America to vote her into the finals.

Juggler Viktor Kee performed his act next; unfortunately, he dropped his balls at one point during his performance. Heidi loved his act, Simon thought it was his best performance yet, Howie felt that his juggling took the hobby to the next level and Mel B encouraged viewers to vote him into the finals.

Next up is musical group Linkin’ Bridge, who performed an uplifting R&B song. Simon said the performance was stunning, Howie said they were inspirational and talented, Mel B felt that they were in it to win it from the first note, and Heidi said it was a job well done.

The next contestants are The Passing Zone who have vowed to use Simon in their act after being brought back as the judges’ wild card pick. The two used Simon to hold flaming torches and spinning flaming plates during their act. Howie thought the act was great, Mel B said the jugglers were funny and talented, Heidi said it was amazing, and Simon said he liked the jugglers but hated the other judges.

Singer, cancer survivor and Golden Buzzer recipient Calysta Bevier is next to take the stage. Simon said that she is a fantastic singer and deserves to be in the finals, Howie thought it was a deep performance, Mel B liked the song but was waiting for the breakout note, and Heidi said the song was very emotional.

Rubix cube magician Steven Brundage is the next contestant to perform. His trick involves a tower of rubix cubes he made into the face of Brad Pitt. Heidi felt he was an impressive performer with creative tricks and Simon said he was the most improved contestant that they have seen so far on the show.

The next contestant to take the stage is contortionist Sofie Dossi. Simon said her performance was Olympics-worthy, Howie called it “wow” and “beautiful,” Mel B felt that the act was the best performance of the night and Heidi said she loved that Sofie mixed up her act by focusing just on the contortions and not relying on the flaming arrows.

Next up are the mentalist performers The Clairvoyants who used a séance type setting to predict the judges’ answers to various questions. Howie called the performance beyond human, Mel B was blown away, Heidi said they have to be in the finals next week and Simon said they obviously have special powers and put on a “deliciously creepy” show.

Tonight’s final performer is singer Brian Justin Crum who sang his own rendition of “Everybody Wants to Rule the World.” Mel B said that the performance was incredible perfection, Heidi called it a passionate and intense performance, Simon said that although he thought he struggled at the beginning that the ending was exceptional, and Howie said it was the strongest and best performance of the night.
After eleven contestants performed, the polls are now open to give viewers the chance to vote their favorites into the five remaining spots in next week’s finals. Tune in tomorrow for the live results show!