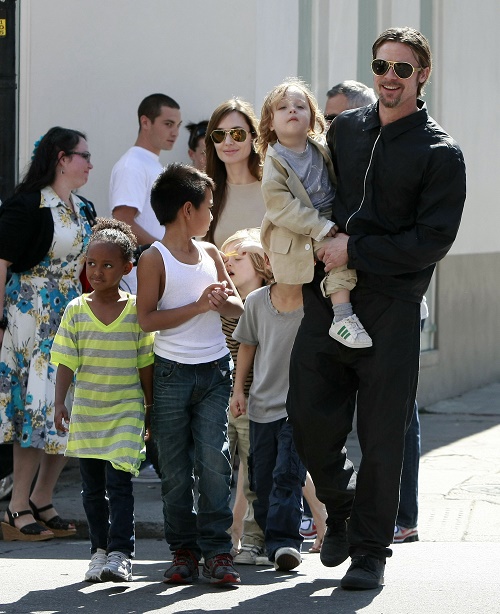 Is Angelina Jolie forbidding her children from visiting their grandmother, Jane Pitt? That’s what both fans and critics can’t help but wonder as Brad Pitt’s mother apparently has had no contact with her six grandchildren ever since Angelina pulled the plug on her marriage from the actor.

Even though Brad Pitt has always been close with his parents and family in Missouri, the actor has been forced to distance himself from them in recent years. And it’s not because of a family quarrel. Instead, Angelina has been forcing her family to follow her from one country to another as she has been either traveling as part of her global humanitarian work or working on one of her multiple Hollywood projects.

Instead of giving them the stability most kids need in their childhood, she’s been making them live out of their suitcases as part of their very unconventional lifestyle, leaving everyone behind except for of course Angelina’s team of nannies, assistants and tutors.

But now that Angelina Jolie and Brad Pitt are divorcing, Jane Pitt has been secretly hoping to spend more time with her grandchildren, especially since the actress won’t be there to control their every single move. Yet, according to Naughty Gossip, Angelina is making things even harder than ever before for Jane as she allegedly wants to cut out the entire Pitt family from her children’s lives.

One source even dished, “Brad’s mom Jane is very close to the kids. She adores those babies and fears that she will not get to see them so often anymore. She hopes that whatever happened with Brad and the children doesn’t result in her getting punished. She would do anything for those kids.”

While it’s no doubt that Jane Pitt loves and misses her grandchildren, her hands are completely tied behind her back, especially since Angelina has been fighting to get full custody of her six kids. For the last several weeks she’s been dragging Brad Pitt’s name in the mud, trying to convince the public that he’s an unfit father with uncontrollable alcohol and substance abuse issues.

Of course, as his mother, Jane knows this isn’t the case but she is also keenly aware that she can’t fight someone as powerful and well-connected as Angelina. She’ll use every source she can along with millions of dollars to ultimately get her way, regardless of whether or not her kids will ever see the Pitt family again. That’s why Brad Pitt is finally fighting back, especially since he knows that his divorce drama is not only personally hurting him, but his parents as well. Do you agree?

Check back with CDL for all the latest on Brangelina’s divorce. 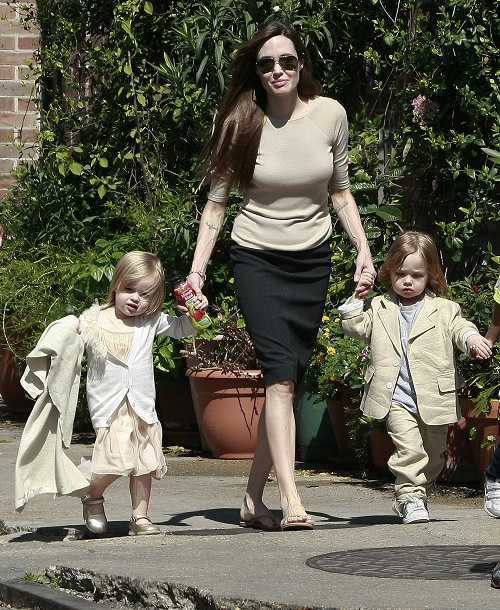