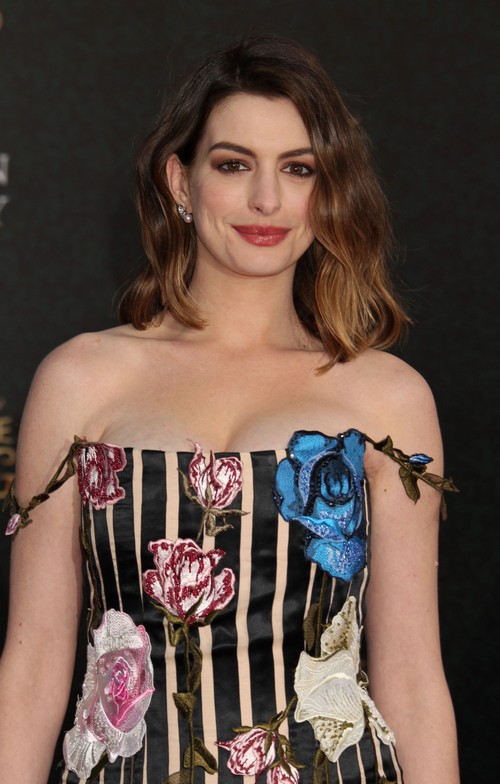 The bitter rivalry between Anne Hathaway and Julia Roberts intensified after Forbes’ list proves Roberts is much more successful than Hathaway. Anne Hathaway failed to break into Forbes’ “The World’s Highest-Paid Actresses” again this year, while Roberts is ranked eighth with $12 million.

Anne Hathaway is still a financial force to reckon with, but this latest list is the proverbial “salt in the wound” of a more than a decade-long rivalry between the two stars.

Anne Hathaway and Julia Roberts have had a rivalry ever since Hathaway starred in The Princess Diaries back in 2001 when director Garry Marshall described the star as “a combination of Julia Roberts, Audrey Hepburn and Judy Garland.” Since his comments, the comparisons between Roberts and Hathaway have been relentless.

Anne Hathaway is often described as “a young Julia Roberts” by the media, a comparison that undoubtedly irks the 48-year-old actress. As CDL reported back in April 2015, the feud between the two escalated when Anne Hathaway’s team approached Julia’s to pitch her a role playing Anne’s mother in an upcoming film.

Julia Roberts was insulted by the offer and declined, which in turn insulted Anne Hathaway. The two actresses did finally work together in 2010 in Valentine’s Day, another Garry Marshall movie. Rumors of feuding and diva-like behavior plagued both actresses during filming and the two were rarely seen together.

Anne Hathaway and Julia Roberts are both extremely talented actresses who are respected in Hollywood. They both also make considerable amounts of cash from movies as well as endorsement deals. Their feuding seems to be based merely on vanity and the pressure Hollywood places on actresses to stay 20-years-old forever. It would be wonderful to see these two powerful women join forces in a strong female-centered movie but the odds of another joint movie are slim.

In the wake of Garry Marshall’s death, OK! Magazine is reporting that the two actresses are burying the hatchet as they have both lost a mentor and friend. Anne Hathaway was in negotiations with Disney to produce Princess Diaries 3 along with Marshall at the time to of his death.

Do you think there is any truth to the long-standing rumors of a feud between Julia Roberts and Anne Hathaway? Are you looking forward to seeing Princess Diaries 3? Who is your favorite actress: Julia or Anne? Sound off in the comments below!