Julia Roberts, Anne Hathaway Feud: Anne Dissed Julia By Implying She Was Old Enough To Be Her Mother! 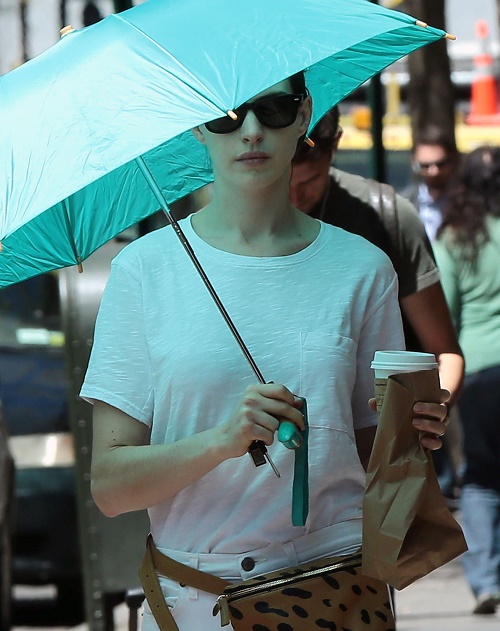 According to a new report in the May 11 edition of OK! Magazine, Julia is not a fan of Anne Hathaway’s and was totally offended when Anne’s team tried to get her to audition to play the part of her mother in an upcoming movie. We get that Julia Roberts is no spring chicken anymore, but Anne Hathaway is 32 years old. Logically, it wouldn’t make much sense for 47-year-old Julia to play the part of her mother in a movie, unless the storyline included a pregnancy in middle school.

OK! Magazine’s inside sources revealed, “The Oscar-winning actresses can’t stand each other! When they first met Julia found Anne to be very insincere. But, the nail in the coffin came when Anne’s team pitched Julia a mother-daughter script. She scoffed at the idea and now Anne sees her as incredibly stuck up.”

It sounds to us like there is just not enough room in Hollywood for both Julia Roberts’s and Anne Hathaway’s over-inflated egos. Really, the two women have nothing to be feuding about. If anything, you would think that they would be getting along great considering everything they have in common. Do you think that Anne Hathaway really crossed a line by insinuating that Julia Roberts was old enough to pass as her mother? Or is Julia just being over-sensitive about her age? Let us know what you think in the comments below!