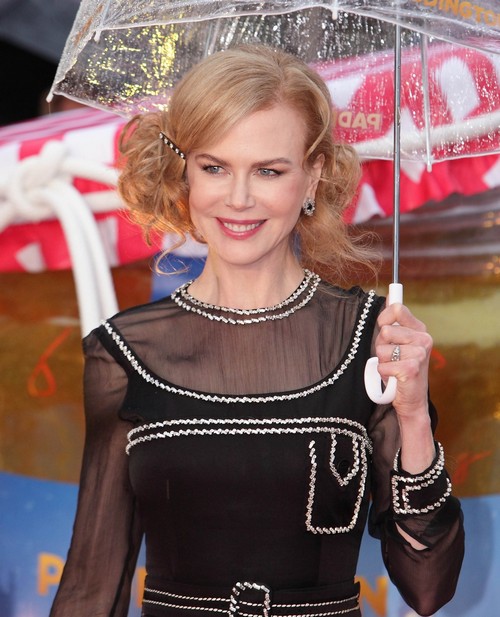 Julia Roberts and Nicole Kidman are having a feud over Nicole’s vile treatment of people – just because they are two of the biggest celebrities in Hollywood, but that doesn’t mean they’re going to get along like house on fire. If anything, they might actually set the house on fire…

According to a new report from the National Enquirer, both Julia and Nicole are embroiled in a feud on the set of their new movie, ‘The Secret In Their Eyes’, with the Enquirer’s source adding, “Julia HATES the way Nicole treats the crew! She acts like they’re servants, and doesn’t talk to them – except to issue commands – while Julia now knows everyone by first names, and makes a point of being friendly.”

And then because we’re in an alternate universe where 40+ women act like children, Julia apparently surprised a makeup lady with her birthday by singing right under Nicole’s window – along with the rest of the crew. Is it just me, or is this how feuds play out when the participants are in preschool?

Both Julia Roberts and Nicole Kidman are A-list actresses with the world at their feet, but their careers have definitely been flagging in the recent years. Now, you could say that’s due to many mitigating factors, but a large part of it is reputation. Nicole Kidman’s plastic surgery and Julia Roberts’ larger-than-life personality have been deterrents in their getting cast in many, many films – and obviously, their egos as well. However, both of them working on the same movie and getting into a feud with each other is only going to make things worse, and they should realize that.

What do you guys think about Julia Roberts’ and Nicole Kidman’s immature feud? Do you think it’s the truth, and do you really think that Julia Roberts and Nicole Kidman would resort to such measures if they were unhappy with each other? Or would they talk about it, like adults? Let us know your thoughts in the comments below.