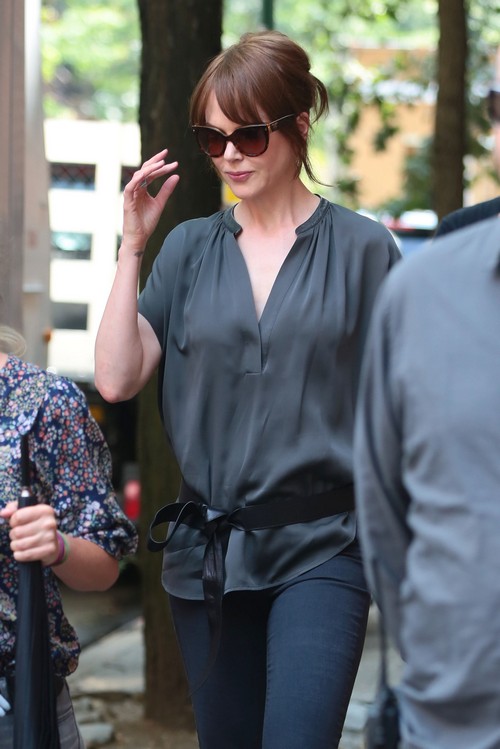 Is the marriage of Keith Urban and Nicole Kidman as rocky as has been rumored in recent months? Actually it’s probably a whole lot worse and here is why. Celebs do a great job of masking their problems and they also usually have a team of people trailing behind them to clean up any mess that their personal life may accidentally cause, so when the problems start to leak out that means that even the team that they’ve hired can’t keep things in check any more.

Nicole and Keith have spent most of the last 18 months going in opposite directions because of work and of course they have slowly but surely grown apart in this time. After Nicole’s Grace of Monaco film flopped last spring she went into panic mode and insisted that Keith thin out his schedule so that they could spend about 6 months devoting their energy to the family. Nic truly thought that Monaco would be the end of her career and she figured she better salvage the family before it totally collapsed too. Keith agreed to spend quality time together in Nashville but at the eleventh hour Nicole changed her mind. She was hired for not one but two London stage productions and informed her husband that she would be leaving for about 8 months.

Keith’s reaction? Not so great. If his wife isn’t putting the family first than neither is he. Instead he decided to fill up his schedule with work again and headed back out to LA. Rumor has it that Keith has come to the conclusion that his marriage is on its last legs and since he can’t fix it alone, he’s not going to lose much sleep over it. Plus Keith is pretty down to earth and real which has caused those close to him to wonder why he married stuffy, plastic Nicole in the first place. Fun guys usually gravitate towards a woman that will keep them entertained and no one can accuse Nicole of doing that right now.

Everywhere Keith goes he is surrounded by available women that would do anything to spend some quality time with him. How long before he cracks and decides that he is desperate for some fun? Has he already? Tell us your thoughts in the comments below!

Nicole Kidman wears a dark brown wig as she heads to the set of her new movie “The Family Fang” on August 4, 2014 in New York City, New York. The film, directed by Jason Bateman, is about a brother and sister searching for their world-famous parents.