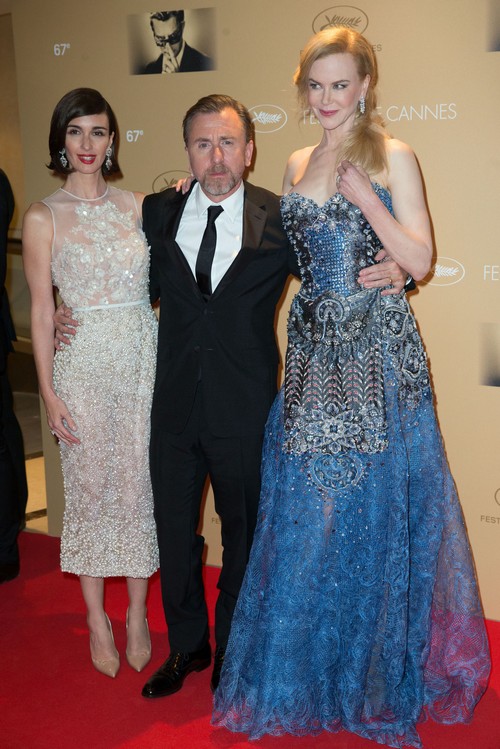 I’m starting to feel a bit bad for Nicole Kidman. When she signed on that dotted line to play Grace Kelly in Grace of Monaco it was supposed to be a biopic based on the American actress’ life. Somewhere along the way it turned into a visually stunning film with supposedly very little story content. It’s rumored to be so bad that producer Harvey Weinstein is doing everything in his power to block it from being distributed in the states in its current incarnation.

Grace of Monaco premiered at the Cannes film festival and according to the May 26th print edition of GLOBE magazine the royal Grimaldi family spoke out insisting that there is nothing true about the relationship between Kelly and her husband, as depicted in the film. They claim that this certainly should not be called a biopic as it is not telling a true story.

Kelly’s grown children have insisted that they have had nothing to do with the film and they do not want to be affiliated with it in any way. Ironically Kidman doesn’t blame them at all. She believes that they are instinctively trying to protect their mother and preserve her memory with decency and respect. Kidman is quick to agree that this story portrays Kelly in a loveless marriage by choice because she understands that if she divorces she will also lose her children.

This film has been flamed by everyone who has seen it and Kidman feels like her career has been hit with a grenade. Does all of the bad press make you curious to see it for yourself? Tell us your thoughts in the comments below!