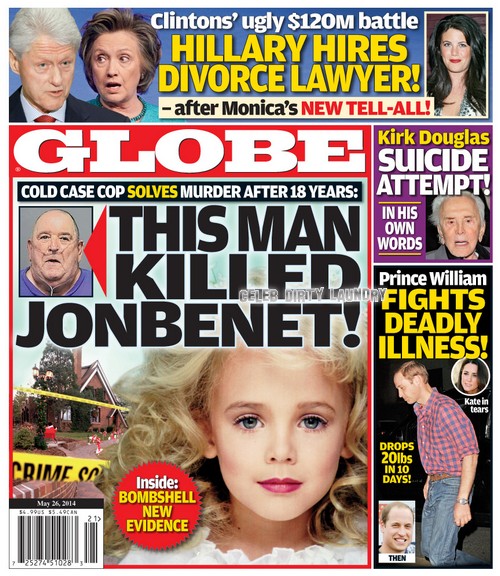 It has been one heck of a year for the royal family hasn’t it? Especially for Kate Middleton and Prince William who welcomed their first child, jet-setted across the world and have found themselves locked in a battle for the throne with Prince Charles and Camilla Parker-Bowles. William also went back to school for an agriculture course earlier this year, only adding more stress to the mix. Then there is the fact that Queen Elizabeth passed on to him a manifesto filled with info on an investigation into his late mothers’ death. Combine all of these things and you have quite a lot to handle.

According to the May 26th print edition of GLOBE Magazine William has also been dealt a health crisis that left his wife in tears, fearing for their future together. William supposedly lost 20 pounds in less than two weeks while scrambling to get his health in check. Are you surprised to learn of his health issues? I mean stress weakens the body and its’ immune system so in a way it’s not too shocking to see him sidelined right?

Has the JonBenet Ramsey case finally been solved after 18 years? According to the May 26th print edition of GLOBE  a cop taking another look at the cold case has zeroed in on a man that he believes to be responsible for the young beauty queen’s murder. GLOBE shows that the case might finally be solved!

In every issue GLOBE likes to connect its readers to Hollywood stars and this time around Kirk Douglas is detailing his own suicide attempt. Kirk opens up in his own words about how he almost took his own life.

GLOBE reports that Hillary Clinton has hired a divorce lawyer in the wake of Monica Lewinsky’s tell-all. After all these years of sweeping Bill’s infidelity under the rug it seems the former First Lady has had enough! Do you think an ugly divorce will help or hinder her putative run for the Presidency in 2016?Grab the latest copy to learn why this A list Hollywood actor hit such a low point in his life and hear in his own words how he climbed out of his depression.

Although the Royals seem to handle the great deal of stress that they are under very effectively, now Prince William is reportedly ill. GLOBE is on the inside of the palace walls and they get the first-hand reports of anything that goes wrong or right there. We can only hope that Prince William makes it through his health crisis.  I anticipate getting my copy of GLOBE this week more than ever before – I’m royally obsessed and can’t wait to learn about what’s wrong with Will. Once again GLOBE proves that they are number one in news reporting, bringing their readers insight into stories that matter!