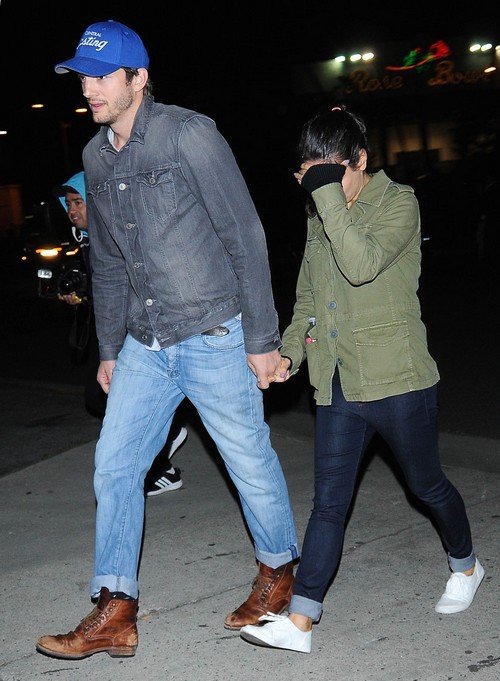 Are Ashton Kutcher and Mila Kunis planning a secret That 70’s Show reboot? If Netflix can bring back Gilmore Girls and Full House, we don’t see any reason why That 70’s Show can’t be added to the list of nostalgic revivals. Mila Kunis and Ashton Kutcher are cute and all, but let’s be honest, the reason we are all obsessed with them is because they are THE Jackie and Kelso.

Although several attempts have been made throughout the years, no sitcom has been able to duplicate the success and nostalgia as That 70’s Show. But, good news, Ashton and Mila might be able to bring back the original show for us!

As you all know, Ashton Kutcher has a pretty close relationship with TPTB at Netlifx. His new original series starring himself and ex That 70’s Show co-star Danny Masterson, titled ‘The Ranch’ was a huge internet hit in 2016. And, the majority of its success can be credited to diehard That 70’s Show fans who were beyond thrilled to see Kelso and Hyde reunited on their TV screens.

According to a new report from OK! Magazine, Ashton Kutcher and his wife Mila Kunis are working on a “super secret project” and trying to put together a That 70’s Show revival. An inside source dished to OK! Magazine, “Ashton has had success with his Netflix series The Ranch, which was populated with old pals like Danny Masterson fromThat 70s Show, but bringing the old team back together was all everyone could talk about,”

Ironically, multiple sources have revealed to various media outlets over the years that Mila Kunis and Ashton Kutcher actually hated each other while they were working on That 70’s Show, it wasn’t until years later, after the show was over that they hit it off romantically. Hopefully, this time around the married couple won’t clash as much.

So, how excited are your about the idea of a That 70’s Show revival? Do you think it will actually happen? Share your thoughts in the comments below!