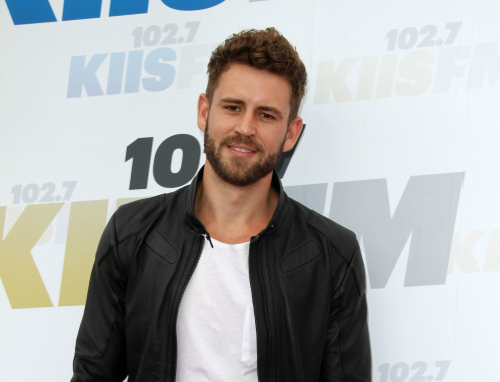 ‘Bachelor In Paradise’ 2016 spoilers tease that fan favorite (or least favorite) Nick Viall is headed to paradise this summer! Of course, Nick Viall needs no introduction since he starred on not one but two seasons of ‘The Bachelorette.’

First, he made it to Andi Dorfman’s final rose ceremony and then nearly won Kaitlyn Bristowe’s final rose. Bachelor spoiler king Reality Steve took to Twitter on June 6 and shared the exciting news.

Reality Steve tweeted, “(BACHELOR IN PARADISE SPOILER): Batten down the hatches, he’s going to infiltrate your TV once again. Nick Viall is on BIP. God help us.”

Interestingly, this is Nick Viall’s first stint on Bachelor In Paradise.

Of course, the only reason he wasn’t on the past two seasons was because he couldn’t film the show without revealing that he was in the final two on ‘The Bachelorette.’

‘Bachelor In Paradise’ spoilers tease that Nick Viall will not be the only one of Andi Dorfman’s exes on Season 3 of The Bachelor spinoff. Last month spoilers revealed that Andi’s ex-fiance Josh Murray had also signed on to the BIP 2016 cast, so this is going to be interesting!

It’s no secret that Josh Murray despises Nick Viall – it probably has something to do with him announcing on national television that he had sex with Andi after she and Josh were engaged.

Last month, Dorfman’s tell-all book was released and, in it, she confirmed that the reason she and Josh didn’t get married was because he didn’t trust her after she lied about sleeping with Nick Viall.

To say Josh and Nick have some unfinished business would be an understatement. Now we just need Andi Dorfman to join the ‘Bachelor In Paradise’ 2016 cast, talk about entertainment!

So Bachelor fans, are you excited to have Nick Viall back on the reality TV show? Do you think he will actually find love in paradise? Will he and Josh Murray come to blows?

Let us know what you think in the comments below and don’t forget to check CDL for all of your ‘Bachelor In Paradise’ 2016 spoilers and news.