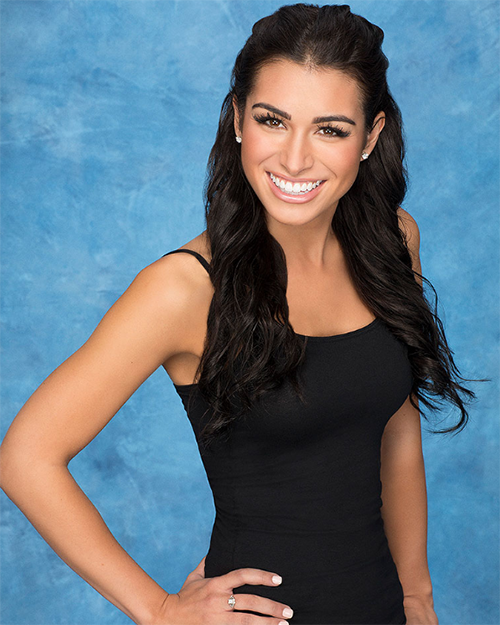 As you all know, probably at least half of the Bachelor In Paradise 2016 cast will be guys off from Jojo’s season of The Bachelorette – so, obviously, the whole BIP cast has not been revealed yet, or could change. But, spoiler king Reality Steve has released a list of names of the contestants that he knows for sure will be appearing on the ABC summer reality TV series. Now, keep in mind that filming won’t begin for Season 3 of BIP for a few more weeks, so some of these people could be dropped, or more could be added.

According to Bachelor In Paradise 2016 spoilers, there will be TWELVE women from Ben Higgins’ season of The Bachelor on the show. SO basically, everyone but winner Lauren Bushnell and new Bachelorette Jojo Fletcher.

Now, if you don’t want to know any Season 12 Bachelorette spoilers, then shield your eyes now. According to Reality Steve’s spoilers, the following guys definitely did NOT win over Jojo’s heart, and are moving on to BIP to try and find love: Wells Adams, James Taylor, Vinny Venteria, Chad Johnson, Evan Bass, Grant Kemp, Christian Bishop, and Derek Peth.

Of course, there will be few former stragglers from previous seasons of The Bachelor and Bachelorette that will show up in paradise. It looks like Ashley Iaconetti (the virgin and compulsive crier) and Carly Waddell will be headed back to paradise. They were also both on Chris Soules’ season of The Bachelor.

Jef Holm (won Season 8 of The Bachelorette, was engaged to Emily Maynard) is also scheduled to appear on BIP. And, wait for it, the greatest casting EVER…Andi Dorfman’s winner and ex Josh Murray is also joining the Season 3 cast, according to Reality Steve’s spoilers.

So Bachelor fans, are you as excited as we are for Season 3 of BIP? What do you think of the 2016 casting? Let us know what you think in the comments below and don’t forget to check CDL for all of your Bachelorette 2016 spoilers and recaps.