Bachelor In Paradise Spoilers: Cody Sattler Is Over Bachelorette Andi Dorfman – Hooking Up With Michelle Money In Mexico 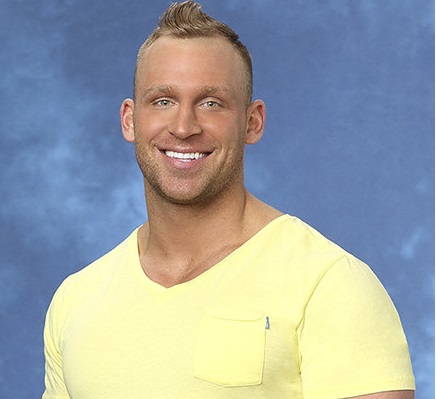 On the June 23rd episode of The Bachelorette, Andi Dorfman and Cody Sattler headed out on a 1-on-1 date in Verona, Italy. The date seemed to be going well, and Andi raved about a letter that Cody wrote, and then in the middle of a romantic dinner, Andi abruptly blurted out that Cody had to go home and she couldn’t take him any farther. She went on to explain to him that they were just friends, and she didn’t have romantic feelings towards him, but he had been such a good person she didn’t have the heart to string him along any farther.

It’s no secret that Cody Sattler didn’t have much chemistry between Andi Dorfman, but he really was one of the most honest and sweetest guys on Season 10 of The Bachelorette. A lot of Bachelorette fans were sad to see Cody go, but the good news is he’ll be back on our televisions in August! According to Bachelor in Paradise spoilers, Cody Sattler is one of Andi’s guys currently in Mexico filming the spin-off.

Cody may have seemed devastated last night on The Bachelorette when Andi Dorfman sent him packing, but apparently he had no problem moving on. The infamous blogger Reality Steve has released Bachelor in Paradise spoilers, and he says Cody has found love in Mexico! Apparently, Cody has been hooking up with Bachelor alum Michelle Money. You probably remember Michelle from when she appeared on Season 15 of The Bachelor and was sent home by Brad Womack. Afterwards, she starred on Season 2 of Bachelor Pad.